Singer with roots in American Samoa up for a Reggae Grammy 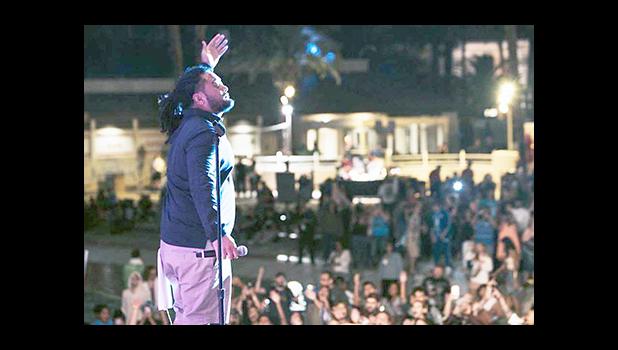 A singer with American Samoan roots has stunned reggae regulars and followers by surprisingly earning a 2017 Grammy nomination in the reggae category for 2016. Here are ten things you should know about this 59th Grammy nominee:

While J Boog is not a name that may be familiar to Caribbean reggae fans and to Jamaica, where the musical genre of reggae originated, he has been on the reggae scene since 2007 when he released his first solo album ‘Hear Me Roar’ which peaked on Billboard’s Top Reggae Albums chart at #8. His music is considered reggae tinged with R&B, ska and lover’s rock.

2: He was born in California.

J Boog was born Jerry Afemata in Long Beach, California but raised in Compton, California. His father serves as chief of the family village in Alao, Samoa. Afemata was the youngest of eight other siblings – seven brothers and a sister. He got the nickname “Boog” from his brothers, in reference to his inability while young to sit still. “I know it’s just a nomination but if a Samoan kid from Compton can be nominated for a Grammy then anything is possible,” he wrote on Facebook on Wednesday after the Grammy announcement.

J Boog was introduced to reggae by his sister when she brought home and played a Bob Marley song book for him. He  has said in past interviews: “[My family] always sing feel good music and reggae was the best way for us to express that. Reggae music was the only music we could turn up loud which our parents wouldn’t turn off when we were kids.” Later on he got interested in other reggae artists like Dennis Brown, Gregory Isaacs and Sugar Minott.

4: His first performance was in Hawaii

J Boog took time off from his day job at an oil refinery near Los Angeles to travel with friends to Hawaii in 2007. There he met reggae singer George Veikoso, aka FIJI, who he gave a mixtape he’d been working on and who then let him perform in front of the staff at South Pac in Hawaii.

J Boog and Fiji began recording Boog’s debut solo album “Hear Me Roar” soon after in 2007. “It was pretty much more easy-going, island/Hawaiian reggae,” he has said. Fiji produced ‘Hear Me Roar’ and is featured in a number of songs. The album was released in early 2007 on South Pac Records. Later that year it was reissued through Eskay Entertainment, and peaked on the Top Reggae Albums at #8 on Billboard. He is on the Wash House Ting label.