StarKist Samoa negotiations for more land space at a standstill 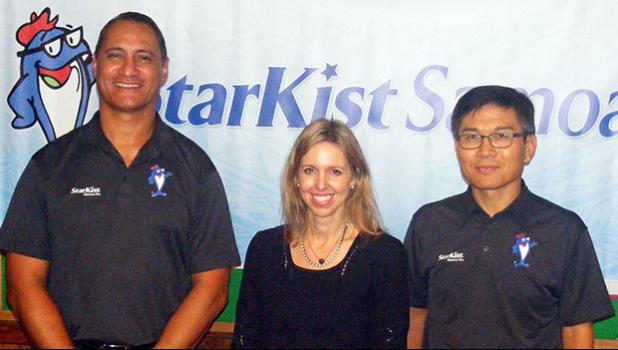 “Critical that we secure the space at a fair price,” says StarKist
By
Fili Sagapolutele
fili@samoanews.com

Negotiations, which began last year, for additional land space for StarKist Samoa to expand operations has reached a standstill as both the American Samoa Government and the largest private employer in the territory have provided each other counter offers.

Land space for StarKist Samoa to build more freezer capacity was one of the issues discussed with ASG leaders during a meeting in March last year by StarKist Co., president and chief executive officer Andrew Choe when he visited American Samoa for one week.

Choe was scheduled to be in the territory last week, but he didn’t make the trip, according to Michelle Faist, the vice president of corporate communication at StarKist Co. She added that Choe made the plan unexpectedly on Jan. 19 not to travel here.

“The reason being is that part of the issues we’ve been having is the uncertainty of the land lease with [ASG land] at the shipyard,” Faist said in a news conference last Friday afternoon at the StarKist Samoa office.

She notes that there have been reports back and forth on the shipyard land.

Additionally, when Choe was on island last March, he was “focused on more space” because “StarKist Samoa requires more space for fish supply to help maintain and sustain our operations, to keep people at work on a constant level.”

“Our production and space is a very critical piece of that success and for that growth and for that sustainability,” she explained. “When the breakdown in negotiations with the land lease, went south, Mr. Choe decided he was not going to be coming on island.”

Faist, who is also the company’s spokesperson, said StarKist has been talking with the team at the shipyard to help renegotiate the terms of the lease. “There were terms of the lease that kind of changed from the time we met in March 2016 until, even, quite recently,” she said but declined to disclose the lease rate, as well as how big the parcel of land StarKist wants to lease.

“And we made some real progress on those terms. We are cautiously optimistic, but there’s still work to be done and nothing is finalized,” she said. “At the end of the day, it’s just critical that we secure the space at a fair price and we explained that to the shipyard team, that we want what’s best for American Samoa and we appreciate the support to help us grow our facility and operations here.”

“So we’re hoping that the American Samoa leadership helps us revise... the terms of the lease and that we can expedite the process and finalize that lease,” she said. “Our leadership [at StarKist] would really like to move forward on using that space at the shipyard which is located directly next to our plant and would ultimately make the StarKist Samoa plant a more efficient sustainable operation.”

Kwon, who attended the news conference, said that 2016 was very hard for StarKist Samoa and the lack of space “continues to have an impact on our business and our workers.” He said that in 2016, there were four weeks of shutdowns.

For example, StarKist Samoa typically shuts down for two days over the Thanksgiving holiday in November, but ended up shutting down for one-week. Additionally, the cannery usually shuts down two weeks closing in December, “but made the difficult decision to remain closed the first week of January.”

“This closure could have been avoided with additional freezer space,” Kwon explained and noted that the company wants to move forward “with our plans to make the [American] Samoa plant a more efficient, sustainable operation, but we cannot do that, without more space.”

In addition, the canneries have had problems with a consistent fish supply coming to America Samoa for the company’s operations.

Currently, the cannery has freezer space for only 10 days “but that’s not enough to sustain an operation of our size,” he said and reiterated that StarKist Samoa needs to secure enough freezer space “to stabilize and grow our operation.”

“We hope that the leaders in government will be able to make that decision shortly so that we can come to an agreement and move forward with our plans,” Taotasi said and noted that Choe had stated last year that there are plans to grow the operation here, but “we can’t do that without space.”

He revealed that StarKist has gotten back to the shipyard “with a counter offer that we think is fair and reasonable” and part of it has StarKist funding the construction of a new building for the shipyard so they can relocate operations, because two of the shipyard’s buildings will be displaced with land that is part of the lease negotiations. (See tomorrow’s edition on other issues from the news conference.)

At the governor’s cabinet meeting last Friday morning, Moefa’auo announced that the government has presented to StarKist the costs of the land lease and the cannery will be taking those numbers back to their people. He didn’t provide details on the cost involved in lease negotiation.