US Natl Marine Fisheries Service: Deed of Cession does not protect fishing rights 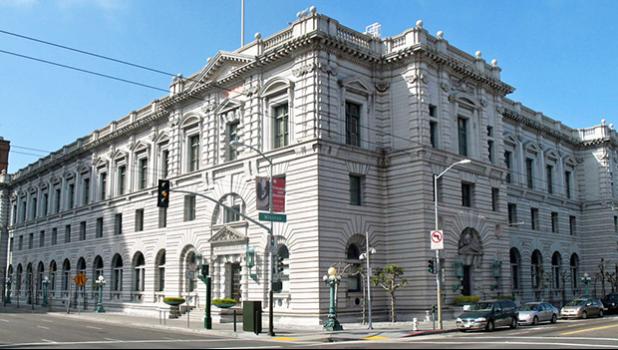 Pago Pago, AMERICAN SAMOA — The US National Marine Fisheries Service has disputed ASG’s use of “Deeds” —  referring to the 1900 Deed of Cession for Tutuila and Aunu’u; and the 1904 Deed of Cession for the Manu’a Islands — in their briefs filed with the Ninth Circuit Court of Appeals in the ongoing legal battle over the reduction of the Large Vessel Prohibited Area (LVPA) in territorial waters.

Samoa News notes that ASG does refer to the two Deeds of Cession, as “Deeds” throughout the rest of its briefs in the LVPA case; while the American Samoa Bar Association website (asbar.org) shows “Cession of Tutuila and Aunu’u” of 1900; and “Cession of Manu’a” of 1904.

NMFS had appealed last year the Honolulu federal court’s decision, invalidating the 2016 final ruling that reduced the LVPA, from 50 to 20 miles. Plaintiff, Territory of American Samoa — through ASG — sued NMFS to set aside the final rule as a violation of the Magnuson-Stevens Act (MSA)

ASG argued that the final rule “threatened cultural fishing rights protected by the Deeds”.  It contends that the MSA mandates that any final rule under the statute must be consistent with, among other requirements, “any other applicable law”.

Besides NMFS, other defendants included the US Commerce Department and its top officials. The federal court in Honolulu sided with ASG and invalidated the 2016 LVPA rule, prompting NMFS to file an appeal to the Ninth Circuit.

“NMFS treated the Deeds [of Cession] with utter disregard throughout the 2016 LVPA rule-making process, questioning its relevance and why the natives of American Samoa continue to raise it as an issue,” ASG argued in its opening brief filed in the Ninth Circuit. (See Samoa News Apr. 26 edition for details).

In response to ASG’s opening brief, NMFS argues that, because the cessions do not reserve any fishing rights in the U.S. Exclusive Economic Zone (EEZ) to ASG or to the people of American Samoa, they — the cessions — are not “other applicable law” that NMFS was required to consider under provisions of the MSA.

“The text of the cessions simply does not protect any fishing rights because the cessions say nothing about fishing or marine resources,” NMFS continued, adding that ASG concedes — in their opening brief that “cultural fishing rights” are “not explicitly stated in the Deeds” but ASG nonetheless asserts that such rights “are clearly protected as part of rights to other property and the protection of cultural practices.”

NMFS notes that the 1900 cession refers only to “individual rights”— that is, private property, not communal or public property — and the cession addressed “lands and other property,” not fishing rights.

Additionally,  the 1904 cession does not even contain that language. Rather, it provides that “the rights of the Chiefs in each village and of all people concerning their property according to their customs shall be recognized,” according to NMFS.

“Thus, the language of the cessions provides no indication that they protected communal cultural fishing rights,” the defendants point out.

NMFS also contends that ASG “cites nothing” in support of its argument, that NMFS does not understand what “individual rights” mean in “Samoan custom,” and that “Samoan culture” is based on a “communal society.”

According to NMFS, ASG’s argument is essentially that the cessions’ reference to “individual rights” actually means the opposite  — “it means COMMUNAL rights.”

NMFS claims that ASG is essentially asking the Court to ignore the language of the cessions and to replace “individual” with “collective.”

“And even if the Court were to replace 'individual' with 'collective,' it would not establish collective or cultural fishing rights,” NMFS argued, noting that the cessions are plainly discussing land rights — rights in “lands and other property” and “in each village.”

NMFS goes on to argue that ASG relies on the language in the cessions that ceded control of “waters” in addition to lands.

“But the fact that the cessions ceded waters does not establish that the Samoans reserved fishing rights, whether individual or communal, in those ceded waters,” argue the defendants. “No language in the cessions indicates that they did so.”

NMFS claims that ASG does not respond to several of the arguments in its opening brief. “In particular,” said NMFS, “ASG ignores the argument that Congress’s joint resolution accepting and ratifying the cessions is clear on the point that they reserve only individual rights, and not any collective fishing rights.

"The 'Whereas' clause in the joint-resolution states that the cessions cede 'all rights of sovereignty of whatsoever kind'," said NMFS.

Another argument not addressed by ASG, according to NMFS, is the US House Report accompanying the joint resolution, “which confirms that the cessions preserved INDIVIDUAL property rights ON LAND.”

And “even assuming that the cessions reserved cultural fishing rights, those rights would not extend to waters that are governed by the challenged rule because such waters were the 'high seas' at the time of the cessions,” NMFS argues, adding that the reference in the cessions to “property” could not have included exclusive fishing rights on the high seas.

According to the NMFS, ASG asserted that the cessions “were negotiated between sovereigns” and that the “international nature of the Deeds must be recognized.”

“Therefore, the cessions did not reserve fishing rights in the EEZ to the indigenous population, and the judgment may be reversed for this reason as well,” NMFS argues. "Cessions do not protect fishing rights.”

Samoa News will report in tomorrow’s edition on the rest of the NMFS response.