Voters out early in Pago 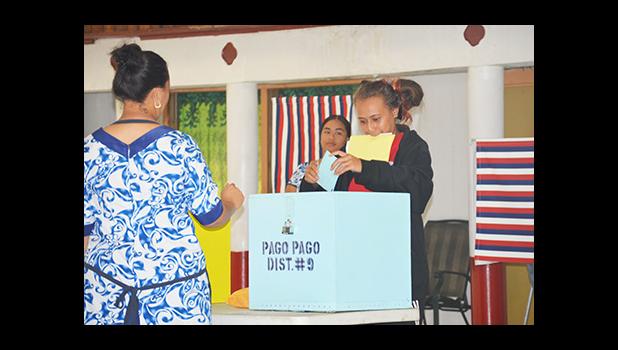 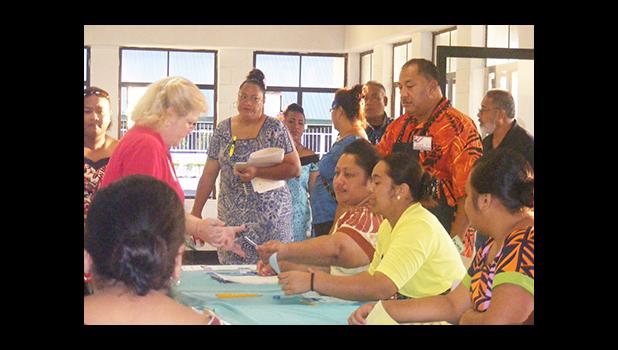 As the sun came over the horizon, bringing a much better day than yesterday’s heavy rain, voters in the American Samoa are heading to the polls today as polling stations territory-wide are open for 12-hours starting at 6a.m.

During the first hour since polls opened there have been no reports of any problems, and the longest line of voters waiting to cast ballots just after 6a.m. was the polling station in Pago Pago village while other polling stations reported small numbers of electors who came in early.

The ballot boxes were raised up in the air, one at a time, by an election official while the team leader announced, “As you can see the box is empty.” For the ballot box for the local House race, the absentee ballots were in a sealed envelope, for the faipule race it was taped inside the lid of the ballot box. The election team leader announced that these are absentee ballots — both local and overseas — that will be counted in the faipule race. The sealed envelopes were than placed in the bottom of the boxes.

Election officials carried out the same routine at all 44-polling stations, which were surrounded with yellow-tape, similar to that of police crime scene tape. The election tape is clearly marked “no campaigning beyond this point”, heading into the polling station grounds, where another sign states, “vote here”.

Supporters of candidates running for office started heading out to the street just after 6:30a.m. and the Election Office issued a reminder late yesterday afternoon that campaign activities are prohibited near the polling stations.

Just after 6:30a.m. today Congressional candidate Paepaetele Mapu Jamias was seen at the Avau area of Nu’uuli waving to motorist with a “Thank You” sign.

“Win or lose, this [election] has been a great experience,” Paepaetele told Samoa News on the scene as he waved to motorists who honked their horns. “I’m here this morning to ‘thank you’, the voters and the people of American Samoa.”

Once the polls closed, counting of ballots at each polling station starts with the gubernatorial race, followed by the local House and ending with the Congressional race — the only federal election in American Samoa, whose nationals are barred from voting in the US Presidential race.

The first election results, which are expected to be from the Manu’a islands, will be aired live by KVZK-TV from the Election Office starting around 7p.m.  Samoa News staff will be bringing you the results as soon as they are available.