Withdrawing from TPP, US will negotiate directly with each country for trade agreements 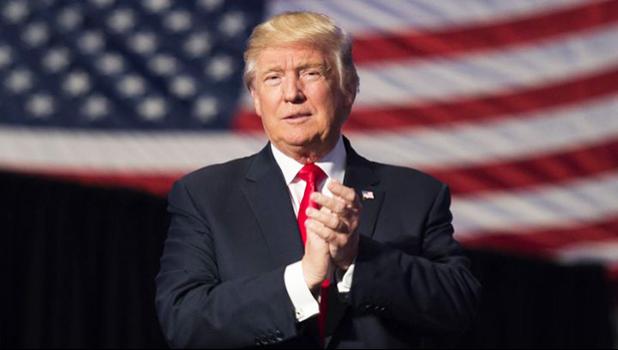 Am. Samoa looking for more viable solutions to its failing fisheries industry
By
Fili Sagapolutele
fili@samoanews.com

In withdrawing the United States from participating in the Trans Pacific Partnership (TPP) agreement, US President Donald J. Trump says the US will negotiate directly with each country when it comes to trade agreements.

Trump on Monday signed an executive order withdrawing US participation in the TPP, which is a free trade agreement between the United States and eleven countries — that includes Vietnam, Australia, and New Zealand. Congresswoman Aumua Amata and others have praised Trump’s action. (See Samoa News edition Jan. 24 for details.)

As previously reported in Samoa News, this is considered good news for the territory. In the meantime, American Samoa is also looking at other viable solutions to protect the future of its tuna industry and fisheries, which includes tax credits, protecting its fishing grounds from federal restrictions and further minimum wage hikes.

“It is the policy of my Administration to represent the American people and their financial well-being in all negotiations, particularly the American worker, and to create fair and economically beneficial trade deals that serve their interests,” Trump said in his executive order.

“Additionally, in order to ensure these outcomes, it is the intention of my Administration to deal directly with individual countries on a one-on-one (or bilateral) basis in negotiating future trade deals,” he said, adding that trade with other nations is, and always will be, of paramount importance to his Administration and to him as President.

American Samoa’s major concern with the TPP, as well as other US unilateral trade agreements with other countries, is that it reduces the competitive edge for the canneries duty free export to the US, especially from countries with low labor and energy costs, such as Vietnam and Thailand.

According to the US Government Accountability Office (GAO) report on minimum wages released last December, US trade policies provide tariff-free access to the U.S. market for processed tuna from American Samoa, while foreign suppliers generally are subject to tariffs for these goods.

Besides US trade agreements, the canned tuna and fishing industries are also faced with other challenges such as restrictions on fishing grounds in the region.

In his official written State of the Territory Address, regarding the issues of canneries and fisheries, Gov. Lolo Matalasi Moliga said his administration recently met with Fono leaders and Amata to discuss viable solutions for protecting the future of American Samoa’s tuna industry.

“All have agreed to push possible legislation in the US Congress to reinstate the 30A [federal] tax credit, as well as protecting local fishing grounds from federal encroachments,” Lolo said.

“For the most part, these regional issues directly impact the growth of American Samoa’s tuna industry if left unchecked,” the governor said.

Withdrawing from the TPP appears to be one of the few things U.S. politicians — both liberal and conservative — can agree on.  They see it as a way to bring jobs back to the U.S. and grow the manufacturing sector — and it was called for by both major parties in the recent election.

However the mostly politically neutral Bloomberg Press, among other news outlets, is reporting Trump’s withdrawal from the Pacific trade pact “creates a political and economic vacuum that China is eager to fill and pointed out China’s leaders are ramping up support for globalization and free trade.

In a speech last week to the World Economic Forum at Davos, Chinese President Xi Jinping likened protectionism to “locking oneself in a dark room.”

Trump opposed the pact because he said it could hurt American jobs. But the impact of his decision is likely to go beyond trade, giving more leeway to Xi to position China as an economic and military anchor in the western Pacific.

The TPP was seen as a way to further bind countries, including smaller Southeast Asian nations, to the U.S. — and act as a buffer. As evidence of this, note that not a week passes without Pacific regional news outlets reporting Chinese funding for infrastructure and development for some of American Samoa’s nearest neighbors — Fiji, Tonga and Samoa.