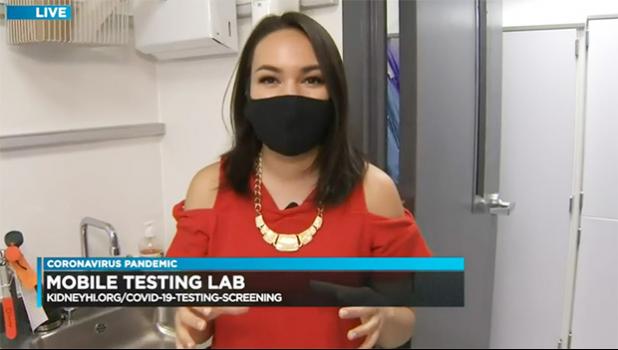 Honolulu, HAWAII — The city’s mobile testing lab at Honolulu’s airport is ramping up operations ― and is now a trusted inter-county testing partner.

The National Kidney Foundation is the project organizer.

Initially, the project was catered to first responders and their families and state and federal airport workers. But now, you can head there to get tested for inter-island travel.

The team can process 10,000 tests a day and you can get your results processed in three to six hours.

The city spent about $16 million in their CARES Act funding in the facility.

Tests cost about $125 on a walk-in basis. Thousands of tests can be processed per day, but the weekend only saw about 150 people per day.

The Hawaii Department of Health has created a contact tracing team that will perform their duties in languages such as Samoan, Marshallese and Chuukese.

The new Pacific Islanders Outreach Team will comprise of 10 people who, along with their contact-tracing duties, will host online educational seminars about the coronavirus in a viewer's native language, KITV-TV reported Tuesday.

Pacific Islanders make up about 4% of the state’s population but have about 28% of the state’s coronavirus infections, according to state Department of Health data updated last Friday.

“I believe the more education the Pacific Islanders can get in a language and culture that speaks to them will help take down that number,” said Chantelle Matagi, the leader of the outreach team.

Matagi said that some people learn about the coronavirus for the first time during presentations in their native language.

The number of infections is thought to be far higher because many people have not been tested, and studies suggest people can be infected with the virus without feeling sick.

For most people, the new coronavirus causes mild or moderate symptoms, such as fever and cough that clear up in two to three weeks. For some — especially older adults and people with existing health problems — it can cause more severe illness, including pneumonia, and death.