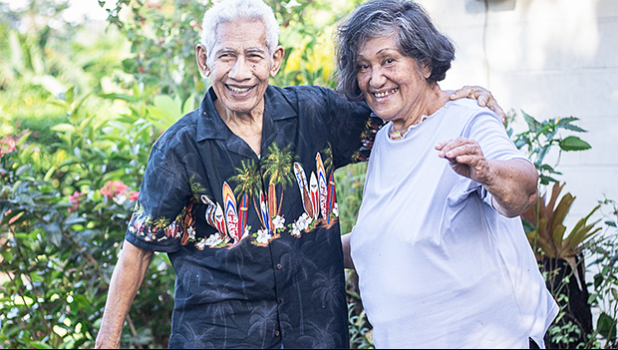 Lotopa, SAMOA — A 79-year-old man was attacked by a pig at Lotopa and had to be rushed by his family to the hospital.

The family of Lotopa resident Toleafoa Kovana Pauga have confirmed he was attacked by a pig belonging to his neighbour when contacted by the Samoa Observer.

The attack comes after his housemaid was also attacked in front of his house on her to the shop. As the pig made his way away from the housemaid, Mr. Pauga together with some boys chase it with a machete.

A blow to the pig's head with the machete did not stop the animal, which then turned and attacked Mr. Pauga when he stumbled and fell to the ground. The animal then gnawed at his left leg, leaving a deep wound and led to a heavy loss of blood.

His wife Everline said her husband lost a lot of blood and they were worried when they rushed him to the hospital, and it was a miracle that he survived the attack.

"Blood was flowing from his leg at the hospital excluding all the blood we witnessed here at our home before we went to the hospital," she said.

"It's a miracle I say. Everything we saw was a miracle. We saw a lot of blood coming from his leg and with his facial expressions back then just added to the frustrations we had but thank God he answered our prayers."

Mr. Pauga is back at home at Lotopa and has fully recovered from the attack, but not before joking about the ordeal, when interviewed by this newspaper while in the company of his children and grandchildren.