GONG SHOW — Are you kidding me? 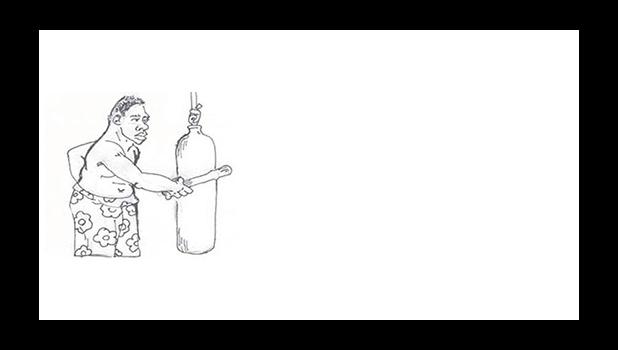 Been having a lot of “Are you kidding me?” moments lately. Here’s my Top Three:

I don’t know if Customs is going to find more guns & drugs in cargo coming into the Territory, quite frankly I think there’s a 50-50 chance, and the Customs Canine Unit will be instrumental in the seizures of drugs, maybe not so much the guns. But since the two contraband items seem to go hand-in-hand — the dogs will be the stars of the show, not the Rapi-scan because what Mr. Chief of Customs “Beam Me Up Scottie” did not tell the Fono was that to get a good ‘scan’ of the goods in a container, you still have to open it, and ‘layer’ the cargo in such a way the scanner will ‘read’ it… maybe. That’s why I’m saying — the dogs would win the day… any day… all day long! GONG!

And what we do have to live with is simply more fees levied on businesses that will be passed on to the consumers… I mean are you kidding me?

•     $10 per parcel imported for commercial purposes; and

•     Other scanning fees as determined by customs and enacted by administrative rule making.

I think the $6Mil that went to buy these scanners could have been put to better use — like what about the $3Mil ASTCA needs as a down payment deposit for a new Hawaiki undersea cable connection. The one at ASH-Cable is good for at least another 5 years, before the repeaters wear out — so a new fiber optic connection in the works is needed. And it would expand our broadband capability, which is not meeting consumer needs on island (my cable TV shows pixelate so much — I’m thinking of asking for a refund) and with Bluesky & ASH-Cable being sold right now, such an investment would allow our communications to remain ‘solid’ and not be at the mercy of a Fiji-government controlled company. GONG!

Believe-it-or-not — I support this endeavor by the American Samoa government. The Lolo-Lemanu Administration has answered the call for a second bank, as we need only look at Hawaiian Air to understand what happens when a monopoly is in play. Bank of Hawaii was leaving, period. The Togiola Administration knew it way before it was announced — both parties just didn’t tell us until much later.

But that’s not to say I don’t think a private-owned bank could be just as good. The problem is the initial investment — the seed money to start the bank. If I’m correct, the naysayers are saying the government should have provided the seed money (and BoH assests) for the private-owned bank, and then stepped back and let it be run by the private sector. A nice idea, and it could still happen if the current board of directors cannot get it right.

However, I remember when my father, Teo Gus Annesely, started Amerika Samoa Bank, he went to the people, hat in hand, telling them — it would be “their” bank — asking them to purchase shares — to believe in the dream, of a bank owned by the ‘umu’ guy. They did at $10 a share!

And with some business people also buying into the dream — that was the seed money for ASB. There were a lot of naysayers then too. Saying no way would it succeed — Samoans didn’t know how to run a bank, etc. The government did help, but not with the seed money.

And when ANZ went to buy ASB — there were a lot of small shareholders to which they had to explain the sale and then later the stock split — many were not necessarily English 1st language speakers, but for those who sold their shares, they got a nice return on their $10 per share investment, and for those who kept their shares, they are still getting dividends.

That is not the case with this most recent endeavor to start a private-owned bank — business people were approached, but not your man on the street. Too much trouble probably… And I think that’s why it never got off the ground… I’m not going to GONG that… as each business plan has its own merits, however I do believe the TBAS will work if they operate it as a bank, and not a “faalavelave” loan machine. So — I am giving it an: Are you kidding me?

As one of the comments on our website pointed out when reading about TBAS touting “faalavelave” loans as one of their services  — the relief of the small guy at being able to tell his/ her sao or faifeau that they couldn’t get a quick loan because of that ‘bad… bad’ bank cannot be discounted! GONG!

Did anyone catch the irony of a prisoner escaping the weekend after the TCF dedication of its new building? I think the most asked question to Samoa News was whether or not the escape was from the new prison or not? No, it was not — he escaped from the old building, according to police sources.

But having said that — I have another question: Why is it we do not get public safety updates from the Department of Public Safety? At all!

I mean, we wouldn’t have known about the escaped prisoner if it had not popped up on social media, and one of the TCF officers hadn’t spoken out saying he/ she was concerned for the public’s safety. And one of our phone calls to the DPS main office elicited the following response: “We will have to check on that.” — as if they didn’t know a prisoner had escaped? Are you kidding me?

In the island-nation of Samoa they do a weekly police press conference, where data is presented to the media concerning arrests, traffic offenses, drug raids, and so on — their concerns for public safety are addressed, and the police spokesperson is open to questions from the media.

While in the Territory, the press is treated like ‘faikala’ — who should not have access to any information because DPS might be portrayed as incompetent or bowing to political pressure… I have a news flash — lack of information and transparency is doing that anyway — GONG!

Have a great 3-day weekend, if you can’t be good, be nice!