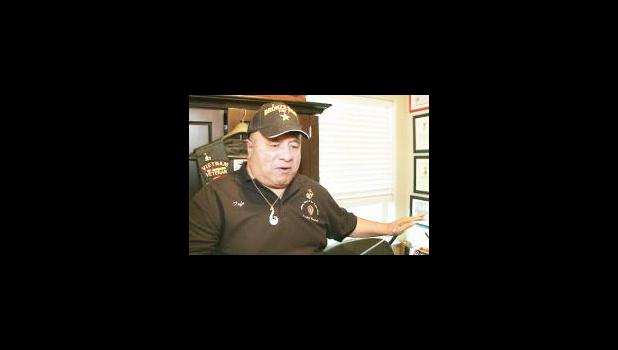 Fofomaitulagi Tuitele, known to friends and family as Fofo, recently completed his naturalization requirements and took the oath of allegiance during a ceremony last Thursday.

He said the certificate of citizenship is just a piece of paper, but it proves what he has felt all along.

Tuitele grew up in American Samoa, which is a United States territory. His father died when he was young, and he said he bounced around between his birthplace and Hawaii. He also spent some time with relatives in California, and found an unusual inspiration for joining the military.

He joined the Marine Corps when he turned 18 and served two tours of duty in Vietnam. He received a Bronze Star and a Purple Heart.

After more than 20 years in the Marines, Tuitele spent another two decades working for the U.S. Postal Service. He applied for a passport a couple of years ago when he and wife retired and decided to travel on some international cruises.

"When I finally got it I turned to the last page and it said 'this person is not an American, but is a U.S. national," Tuitele said.

He said he hadn't really thought about the fact he wasn't a citizen, but immediately knew what he had to do and took the steps to achieve naturalization.

Less than 24 hours after officially becoming an American citizen, Tuitele registered to vote. He said he hopes all Americans will register and do their civic duty by voting at every opportunity.