AIC Jared Tuku named Airman of the Month for August 2019 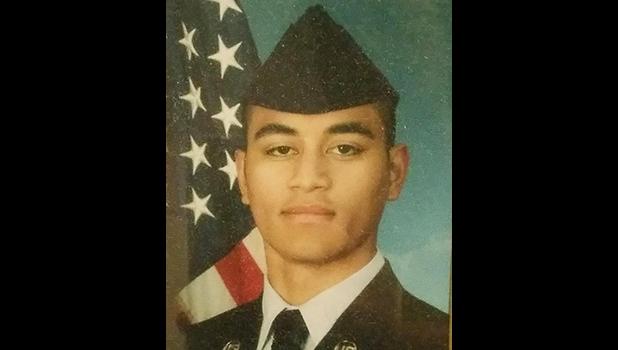 Barksdale AFB, LOUISIANA —  Another Toa o Samoa has been rewarded for exemplary service in the United States Air Force.

Tuku - son of Palamu Tuku and Caroline Sitala Tagomailelagi Tuku, and grandson of Sitala and Florida Tagomailelagi; and Palamu Sr and Faitele Tuku - was born in American Samoa and attended Manumalo Academy from kindergarten to second grade, before relocating to the US mainland and graduating with honors from Johnson High School in San Antonio, Texas.

He swore into the US Air Force on Sept. 11, 2017 and graduated from boot camp on Feb. 2, 2018 at Lackland Air Force Base in San Antonio, TX, before heading to Wichita Falls for Advance Individual Training (AIT) where he graduated at the top of his class on April 18, 2018 as a 2A651C Aerospace Propulsion Journeyman.

On May 18, 2018, AIC Tuku reported to his first duty station at Barksdale AFB in Louisiana, working on B-52 engines. He has received various awards for his hard work, in addition to completing numerous training programs pertaining to his job.

AIC Tuku has enrolled into Embry-Riddle Aeronautical University to obtain his CCAF degree in Aviation Mechanics and work towards a Bachelor’s degree in Aeronautics.

In an interview in the August 2019 edition of the PAATZ Chronicles, AIC Tuku listed basketball as one of his hobbies. “I’ve been playing since I was 12,” he said, adding that he enjoys hanging out with friends and “playing games in the real world or digital, as long as I am with good people.”

About his job performance, the Toa o Samoa said, “I feel that my technical knowledge regarding the TF33 engine is a huge factor to putting jets in the sky. I help ensure that the engines are ready to roll for the flight crew, so when they are ready to take off, they have the power to take them around the world.”

Malo lava AIC Tuku, Thank you for your service!