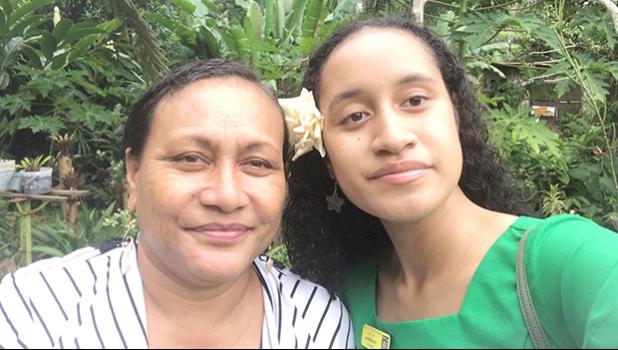 Washington, D.C. — Congresswoman Aumua Amata is delighted to congratulate a student, Serenalia Iona, upon acceptance to one of the nation’s prestigious service academies. Congresswoman Amata was notified that Serenalia Iona has been offered an appointment by the United States Air Force Academy in Colorado Springs, Colorado, pending final medical review.

“Congratulations to Serenalia Iona on this superb offer to join the fine tradition at the Air Force Academy,” said Aumua Amata. “This offer is only possible through exceptional overall qualifications and real effort, including top-notch grades.”

“We’re so proud of our students when they earn opportunities to strive for some of the best educations available in the U.S.,” continued Amata. “Congratulations also to Dorvida Fuiava and Daniel McMoore on these open doors as you decide the next steps in your futures.”

In January, Amata announced a group of ten advanced students as congressional nominees, including five female and five male students.

The prep schools allow for concentrated studies in one area, and are only possible for students that the service academy has evaluated as a good future prospect for the academy.

“I know this accomplishment makes your family proud,” concluded Amata. “You bring credit to your schools, teachers and villages. American Samoa cheers on our own as they pursue all of life’s possibilities.”