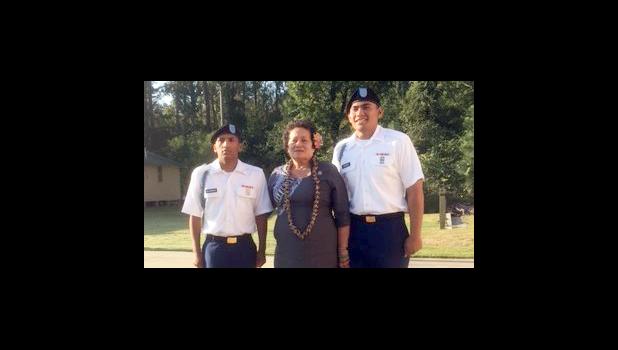 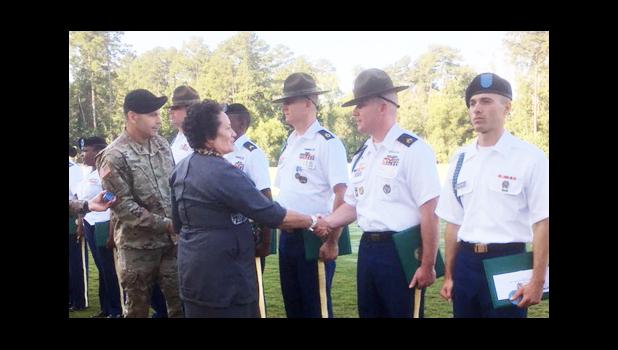 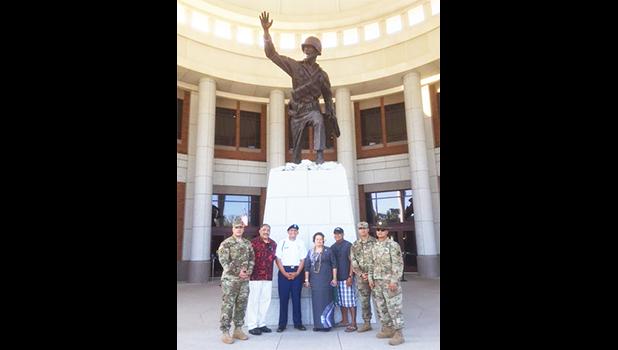 Washington, D.C. – Friday, Congresswoman Aumua Amata was privileged to attend an American Samoan soldier’s Advanced Individual Training graduation ceremony at Fort Benning, Georgia, followed by a tour of the Fort and a special visit to the National Infantry Museum, where Governor Peter Tali Coleman is the only American Samoan inductee in the Hall of Honor.

“We have a proud tradition of uniformed service in American Samoa, and I’m so pleased to welcome Private Noah La’au Aitaoto to the next step in his Army career,” said Aumua Amata. “Congratulations to him on this accomplishment and his hard work, and thank you to his proud family. I know all of American Samoa appreciates each of our service men and women who honorably serve in a uniform of the United States military.”

Congresswoman Amata was pleased to be able to attend the graduation ceremony of the 198th Infantry Brigade, meet the graduate’s family and his father Dr. Naseri Aitaoto, and meet American Samoans on the base, including Phil Maine Manuma (Pago Pago), Mumaina Lagai (Vailoa), Ali’ioaiga Lesi’i (Ta’u), and Toloa’i Sosene (Amalu’ia). Our photo is in front of the historic Infantryman statue, built in 1960 and also famous as the “Follow Me” statue.

She greatly appreciated Brigadier General Christopher Donahue’s tour of Fort Benning’s extensive facilities, during which he took time to point out her father’s name in the Museum’s Hall of Honor.

“Seeing the name Peter Tali Coleman at the Museum was a special moment for me,” Amata continued. “Fort Benning has an important mission training up leaders in the Army and in their lives after service, and they go about it with dedication and professionalism.”

The National Infantry Museum and Soldier Center includes an extensive collection of artifacts and 190,000 square feet of galleries, and as of this summer, more than 2.5 million people have visited the Museum. Fort Benning is home to the Maneuver Center of Excellence, and each year, trains thousands of soldiers and officers.