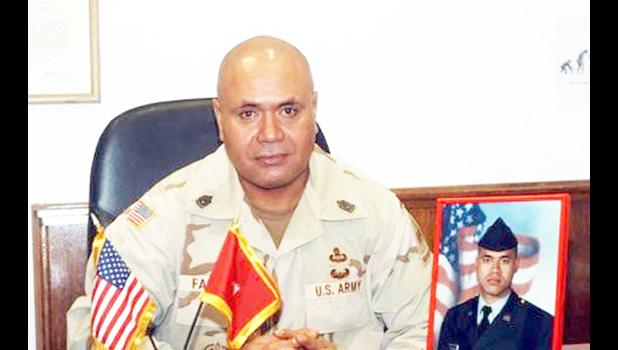 Pago Pago, AMERICAN SAMOA — CSM (Ret) Ioakimo Falaniko, who served in the U.S. Army for 32 years, passed away this past week.

His high standards are embedded in the foundations of the tens of thousands of Soldiers with whom he trained, mentored, and led in peace and combat. He is a Sapper Icon having served as a Sapper Instructor in the early-1990s, was a founding member and sat on the board for the Sapper Association, and maintained a constant presence at the Sapper School through his retirement.

He was married to Maliana Ching Falaniko and they have four children, one of whom was U.S. Army Private Jonathan I. Falaniko, who was killed in Operation Iraqi Freedom in 2003. One of the training Forward Operating Bases (FOB) used by the Sapper Leader Course was named “FOB Falaniko” in honor of his son, Jonathan.

Originally from American Samoa, CSM (Ret) Falaniko always extended his leadership and mentorship to help Samoans and Pacific Islanders at every installation he was assigned. As a result of his dedication as a great ambassador for the Pacific Islanders, he was awarded the Federal Asian Pacific American Council (FAPAC) award in recognition of his significant contributions to the advancement of Asian Pacific Americans (APA) and the promotion of equal employment opportunity in the Federal workforce in May 2001.