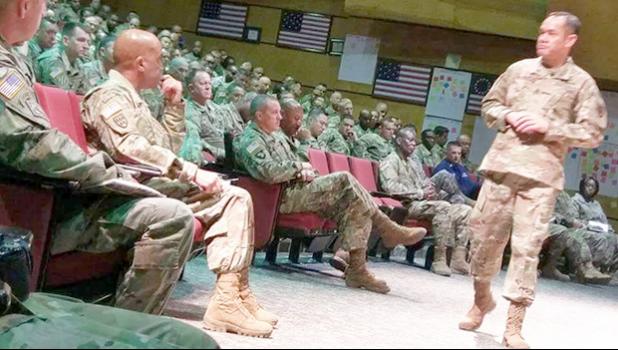 Master Sergeant Tuiolemotu who attended the academy told Tobin he would always remember the 3 A's he addressed — be Approachable, Accessible and Available to your people. Furthermore, understand the millennial generation. They are different and require a special approach.

Tobin also emphasized the importance of Leadership saying, “A leader is unafraid to lead and make decisions.” On a personal note he told Samoa News, “But more important, one of them in the audience will be my son's command sergeant major. As a father, I ask that they take care of our sons and daughters. That's what we expect from them.”

CSM Tobin is from the villages of Lotopa, Samoa and Pago Pago, American Samoa and first joined the U.S. Army in 1983. He is the son of the late Michael and Barbara Tobin of Lotopa.