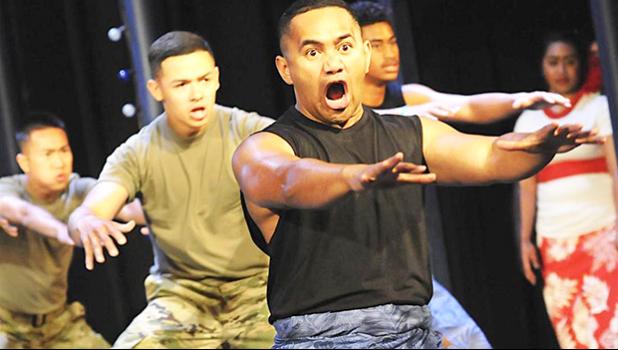 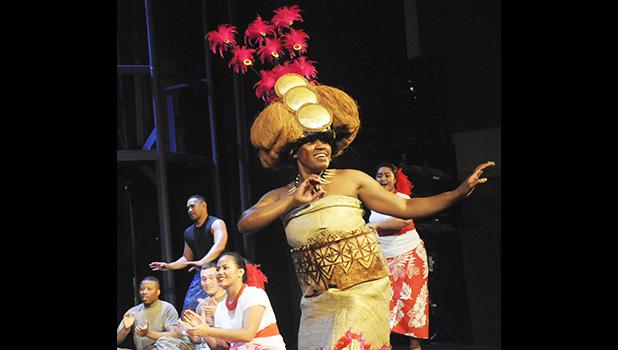 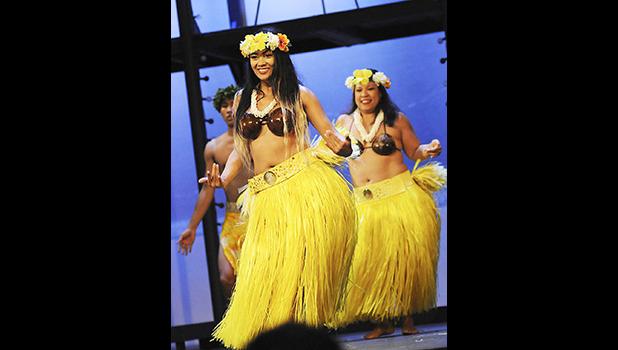 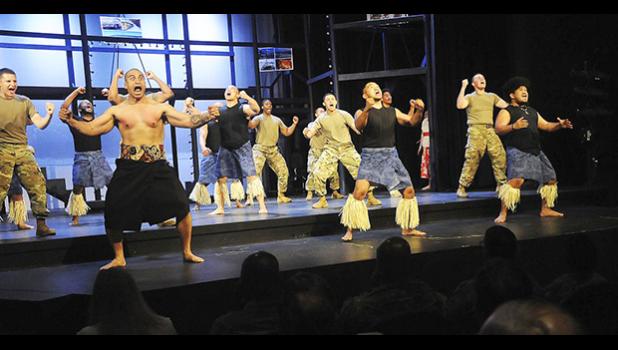 The event — hosted by the 23rd Quartermaster Brigade and presented by the Installation Equal Opportunity Office — is an annual celebration bringing to light the achievements of Asian Americans and Pacific Islanders and their contributions to the American way of life.

During opening remarks, Col. Gregory S. Townsend, speaking on behalf of the CASCOM and Fort Lee commanding general, said those of Asian and Pacific Islander descent have added to the country’s richness and diversity, despite having endured racism and prejudice in the past.

“They did more than just prove they were Americans,” he said, “they made our nation more American.”

Several groups then opened the program, providing entertainment to the capacity crowd. They included the 392nd Army Band; the Halau Kahealani Group – a Tahitian dance troupe that brightened the stage with gyrating aparima and ‘ote’a dances complemented with pale yellow grass skirts and leis; Richmond’s MMA Institute, which performed a Muay Thai kickboxing demonstration; and Island Roots, a Samoan group that intermixed installation Soldiers in a routine that featured traditional dances as well as the intimidating screams, whoops and howls of traditional Samoan war cries.

The entertainment was a prelude to messages of diversity, inclusion and tolerance. Townsend returned to the stage and spoke of a 442nd Regimental Combat Team member – Staff Sgt. Kazuo Masuda, an American of Japanese descent and a draftee who began his service less than two months before the attack on Pearl Harbor. Despite his military connection, his family was eventually relocated to an internment camp, one of several used to detain thousands of Japanese descent. Masuda went on to represent his country in war but died in 1944 while engaging the enemy in Italy.

For his actions, the Soldier was awarded the Distinguished Service Cross. He and other members of the 442nd eventually earned more than 18,000 awards, including 21 Medals of Honor and 9,486 Purple Hearts. Despite their military service, most came home to the same racism and prejudice that existed prior to the war. President Harry Truman, said Townsend, acknowledged the Soldiers’ bravery and dedication on and off the battlefield.

“(Truman) said, ‘You not only fought the enemy, but you fought prejudice, and you have won,’” Townsend quoted.

Indeed, the road to diversity in America has been fraught with difficulty and sacrifice for many, observed Dr. Francis H. Dong, the featured speaker. An Army veteran and American of Chinese descent, he recalled how he and his family were often the subject of harassment and bullying during his childhood simply because of their ethnicity. He also remembered how an impression was made on him in one instance when someone stood up to the harassers.

“A working class white man, who we didn’t even know, came to our defense – chased them away and shouted ‘Let me teach you how to be an American!’” he recalled. “That man taught me by example how Asians and other good Americans should deal with prejudice and attitudes built on ignorance. The answers are through education and example.”

Dong went on to say the military is a microcosm of America; diversity is the strength of the country today and that racism is often confused with ignorance.

“Educate your fellow service members about your background, about your country or about your culture … and be part of the team that protects our nation,” he said.

Dong closed his speech with a plea of unity, asking audience members to close their eyes and recite line-by-line a pledge for working together and creating a better future for themselves and the nation.

“We few, we happy few, we band of brothers and sisters – shall not wish for a better yesterday but will work for a better tomorrow,” the assembly recited.