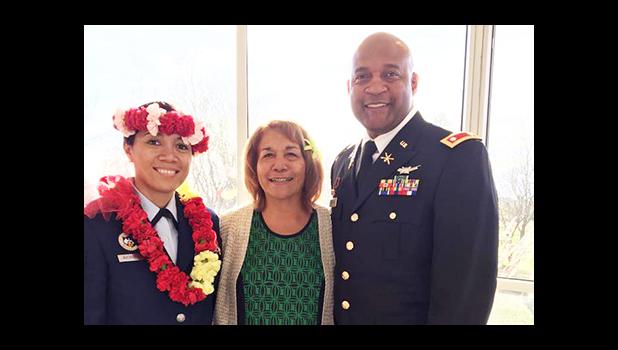 The Senior Master Sergeant is from the village of Nuuuli, American Samoa and her parents are Maiava Leo & Faatamalii Seui Migo. She is a 1998 graduate of Fa’asao High School  — Class Valedictorian.

Her career in the U.S. Air Force began in October 1998, as an Aerospace Control And Warning Systems Operator, now renamed as Command And Control Battle Managements Operator.

Her assignments included bases in Alaska, Florida, Hawai’i, and Colorado, and an overseas assignment to South Korea.

She also deployed to Qatar In Support Of Operation Enduring Freedom. Before assuming her current duties, she served as Section Chief for the Reconnaissance Team at Joint Base Pearl Harbor-Hickam Hawai’i.

She is married To Lt. Colonel Terrence Buckhalter of The United States Army and both are stationed in Colorado Springs, Colorado.