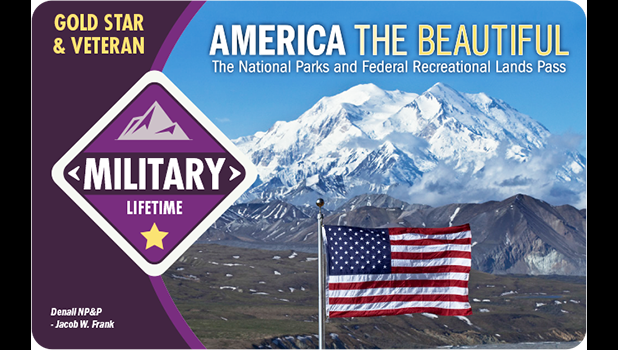 In 2021, Rep. Aumua Amata was an original cosponsor of the House bill, H.R. 4300, to thank and honor Veterans, while a companion act also took place in the U.S. Senate, S. 2580. The Act passed both Houses with overwhelming support as part of the National Defense Authorization Act (NDAA) and was signed into law by President Biden.

Starting this year on Veterans Day (Nov. 11), veterans of the U.S. Armed Services and Gold Star Families are eligible for a free lifetime pass to more than 2,000 federal recreation sites on more than 400 million acres of public lands, national parks, national wildlife refuges, and national forests. The VIP Act honors them as permanent VIPs with special access.

“What a special way to thank and honor our Veterans and military families,” said Congresswoman Amata. “I’m humbled to have taken part in this effort last year, and it’s a thrill to know it’s officially in place, as we honor those who served, and Gold Star families who lost a loved one in service to the United States. Our Veterans and Gold Star families are forever VIP’s in all the nation’s beautiful Parks and Forests. Thank you to Secretary of the Interior Deb Haaland and Secretary of Agriculture Tom Vilsack for getting the VIP Act into service this Veterans Day.”

HOW TO GET YOUR PASS

Each lifetime pass covers entrance fees for a driver and all their passengers in a personal vehicle, or the passholder and up to three adults at the sites that charge per person, at national parks, national wildlife refuges, national forests and grasslands, and lands managed by the Bureau of Land Management, Bureau of Reclamation and U.S. Army Corps of Engineers.

To get your pass, Veterans can present one of the four forms of acceptable ID (Department of Defense ID Card, Veteran Health ID (VHIC), Veteran ID Card, or veteran’s designation on a US driver’s license or ID card) at participating federal recreation areas that normally charge an entrance fee. Gold Star Families obtain information, self-certify they qualify, and download a voucher by visiting the U.S. Geological Survey’s website.

While the public can buy one-year “America the Beautiful” passes that allow entry to all national parks and many other forests, grasslands, wildlife refuges, etc, for one year, only the VIP Act provides these free lifetime versions to veterans and qualified members of Gold Star Families. Currently serving military also have had access to free yearly Military passes since 2012, and upon becoming Veterans will qualify for these VIP Act lifetime passes.

The 2,000-plus sites fall under various departments and agencies, and are preserved for national value based on scenery, special geographic features, history, or plant and wildlife conservation.

While some sites, such as the National Park of American Samoa, are generally free or affordable to access, other locations have fees or parking passes to assist with the cost of preservation. These lifetime passes cover these expenses, as does the yearly America the Beautiful pass, available to the general public.

Amata supported the bill from the start as an original cosponsor upon bipartisan introduction by Representatives Mariannette Miller-Meeks (R-IA) and Ruben Gallego (D-AZ).