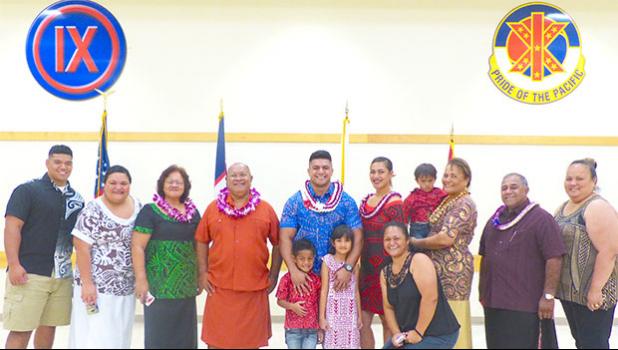 Ryan Taifane (center) made history earlier this month when he became the first Samoan — in five years — to be sworn in, locally, as an officer candidate. The ceremony took place at the Konelio Pele Army Reserve Center with Taifane being surrounded by family members and friends, including his wife Ellison and their three children. Taifane will be departing the territory for basic training on April 16th in Missouri and later to Fort Benning, Georgia for AIT. See full story in tomorrow's Samoa News. [photo: LF]