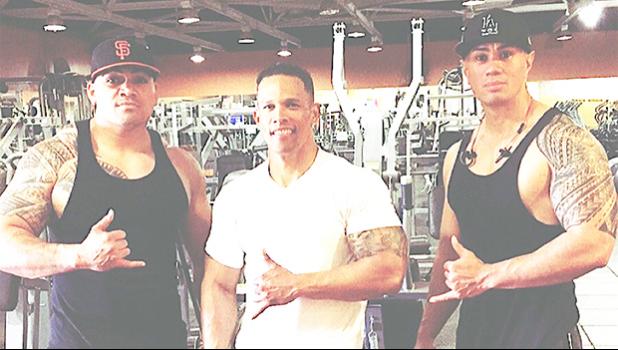 Five Samoan soldiers are making history, having been selected by an independent board of the Army Marketing and Research Group, to compete in the first ever U.S Army All American Bowl 7 versus 7 Flag Football Game.

SSG Joseph Lei Sam, the team's quarterback, has also been selected to serve as the program manager and Non-Commissioned Officer in Charge (NCOIC) for the Soldier Mentorship Program of the Army Marketing and Research Group.

Lei Sam explained to Samoa News, earlier this week, what the game is all about, and their role in the program.

“The game pits the top soldier athletes vs. the Top 100 high school football players in the country," Lei Sam shared, adding that they will also serve as mentors for the players throughout the week leading up to the U.S. Army All-American Bowl (USAAAB), which is the nation's premier high school All-American game, featuring the Top 100 high school players in an annual East vs. West face off at the Alamo Dome in San Antonio, Texas.

Lei Sam and the crew are inviting those in the Lone Star State to come out and watch them compete in the 7 vs. 7 game at Heroes Stadium in San Antonio, TX.

Samoa News thanks our Samoan soldiers for the service and we wish them the best of luck in the upcoming games. Alo i ou faiva!