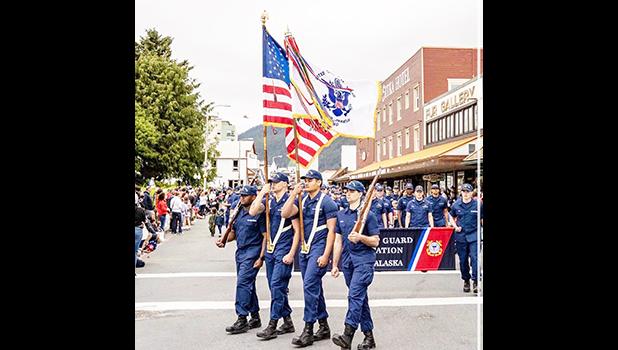 Sitka, ALASKA — US Coast Guardsman Leonrhee K. Alaimaleata from the village of Alofau carrying the Coast Guard flag during the 4th of July parade in Sitka, Alaska, where he is now stationed.

Previously Leon served in the Presidential Honor Guard in Washington D.C. for three years and during that time was selected to serve as a member of the honor guard during President George H.W. Bush’s funeral ceremony at The Washington Cathedral.