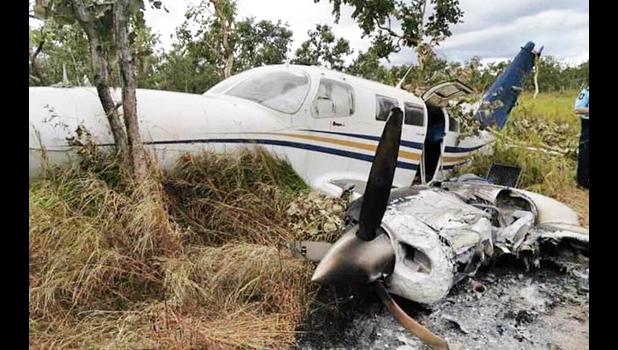 Wellington, NEW ZEALAND — Papua New Guinea's record drug seizure means other countries around the Pacific will need to be extra vigilant according to a regional security analyst.

Last week PNG police seized over 500 kilogrammes of cocaine valued at $US58-million they believed was destined for Australia.

Police said the drugs were to be transported aboard a plane which crashed outside of Port Moresby last weekend.

Jose Sousa-Santos, the managing director of Strategika Group headquartered in Wellington, said the massive haul was positive but other jurisdictions would need to be wary as the illegal drug syndicates tended to adapt after a big bust.

Sousa-Santos said the method of transportation used for the planned shipment of drugs was significant.

"Most of the Pacific island countries are within range of these type of aircraft so it is quite easy to create these makeshift airfields.

"If the drugs are dumped at sea, they then don't have to be put into another maritime craft, they can be flown into where it is harder to track the consignment of drugs itself."

The Australian pilot of the Cessna 402C aircraft had been arrested by PNG police and charged with illegally entering the country.

Australian police also arrested five members of a Melbourne-based crime syndicate in Australia in relation to the case a week earlier. They had been charged with conspiring to import the cocaine from PNG.

Sousa-Santos said Australian police would have had to find a balance between sharing information with their PNG counterparts.

He said although officially the two year operation had been described as a joint Australia-PNG collaboration, the issue of operational security meant it remained to be seen how much PNG knew.

"We have to ask the question is Papua New Guinean law enforcement and intelligence agencies up to the task to ensure that that information will not filter out to the criminal networks or the facilitators who are sometimes part of the commercial or political elites."

Sousa-Santos said it was now up to the PNG police to show that it was up to the task and to "run with the ball."

"At the moment Port Moresby is struggling with the [Covid-19] lockdown and the logistics behind it have put a huge constraint on law enforcement so it is something that won't be able to be expected overnight.

However he believed there was political pressure on the Commissioner of Police and the government to show some results from this latest operation.