70 in isolation in Samoa after escape from quarantine 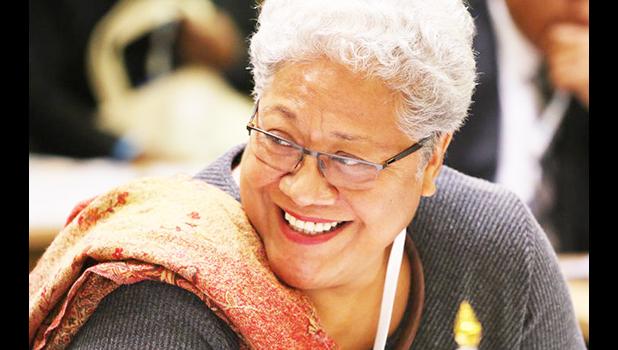 Apia, SAMOA — Samoa's National Emergency Operations Committee says 70 people are now in isolation at quarantine sites after being possible contacts of a man who escaped from quarantine and moved about freely before being caught.

Chairman of the committee, Agafili Shem Leo, says the man had taken a taxi into town, visited his family, a wholesale store, and a telephone company before being apprehended by police at a Western Union outlet.

The man's entire family have now been placed in quarantine along with others identified mainly through video surveillance footage.

Agafili says the committee has advised the government to delay planned repatriation flights as the quarantine sites are filling out with locals who have been in contact with the escapee.

Samoa Prime Minister Fiame Naomi Mata'afa has hinted that her Cabinet will consider a recommendation from the National Emergency Operations Committee to delay some of the planned repatriation flights from New Zealand and Australia.

"This request came in after the Cabinet meeting and so we are moving to circulate a confirmation paper so we can move on this matter," Fiame said.

The Chairman of the Emergency Committee, Agafili Shem Leo, told a media conference that quarantine sights are getting congested, and with the quarantine period increasing to 21 days, there is a need to slow down the frequency of repatriation flights.

The sudden addition of 70 people to quarantine after a man escaped from quarantine on Tuesday this week is also causing some issues in accommodating them.

Prime Minister Fiame said Cabinet had been discussing the high costs that the government is paying for quarantine services for repatriated citizens.

"Maybe we need to look at a cost sharing arrangement where they bear some of the costs," she said.

Fiame said the Ministry of Finance has been asked to provide information on the costs of the current repatriation programme.

She added that while costs are of concern, the main issue for the government is the safety of the people.