Amid talk of boosting agricultural in Hawaii, could the ulu finally get its due? 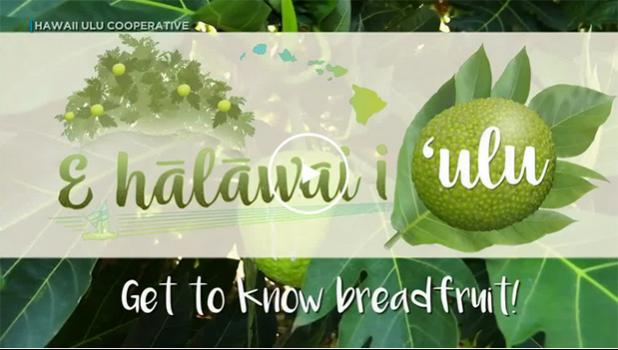 Big Island, HAWAII — The Hawaii Ulu Producers Cooperative is made up of about 100 farmers — most of them on the Big Island — who grow ulu, Hawaii’s indigenous breadfruit.

"It's part of the culture of Hawaii and that's something we don't want lost," the cooperative's Andrew Trump said.

To work toward that goal the cooperative puts ulu into the market in different forms.

Trump said ulu has both culinary and health benefits.

"For a starch it has high mineral and vitamin content," he said.

DEVELOPMENT OF BREADFRUIT AS A WORLD-WIDE PRODUCT

A priority of University of Hawaii Pacific Business Center Program is and has been for years — expanding the awareness of breadfruit not only as being gluten-free, but also having a low glycemic index. This makes it a compelling natural food solution to fight diabetes and obesity, the number one cause of death in the Pacific and regions of the world dependent on imported processed foods.

Breadfruit research 20 years ago barely made a ripple when Dr. Diane Ragone began her research that became the catalyst for today’s surge of interest in the fruit that sustains social, cultural and economic abundance and has been cherished and cultivated by the people of Oceania for millenniums.

This led to the Business Center’s Pacific Regional Breadfruit Initiative (PRBI). Launched at the 2013 Micronesian Chiefs Executives meeting in Saipan, the project picked up steam championed by the late Governor Eloy Songao Inos of CNMI and with the support of R&D grants from US Department of the Interior Office of Insular Affairs.

Most recently breadfruit Research & Development has produced significant results that link breadfruit to multibillion-dollar market opportunities. Two outstanding examples of breadfruit by-products generating national and international demand are, Mutiny Vodka first breadfruit distilled vodka in the world under the leadership of Chef Todd of the US Virgin Islands, and Altilis Beauty Cosmetics, first breadfruit based cosmetic in the world under the leadership of Jenna Whitnell of Canada. Both products have received rave reviews. Of greater importance, is that both embrace ulu’ with deep alofa in the manner that Polynesians attribute to kin of the natural world.