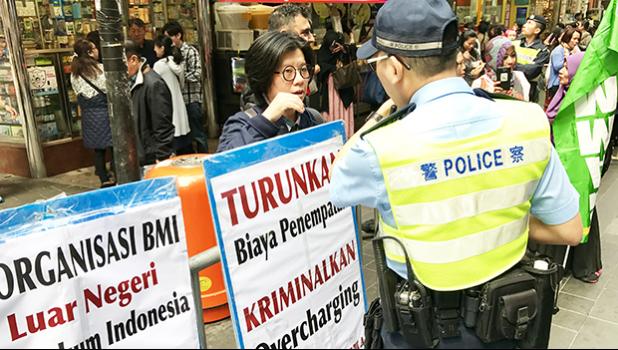 Cool Stuff went on, in the on air discussion to say, Trump needs to reprogram himself to omit 70% of what he wants to say. That 30% of what Trump says, Cool Stuff can support.

Ok, so does this mean Trump has a Cool Stuff 30% "approval rating?" ...which would be about 30% higher than the rest of the Samoa News press room gives him.

For the Territory, Congresswoman Amata, should be a phenomenal asset in this time in history, and its economic reality. Amata is American Samoa's face to Trump's Administration, not Cool Stuff's 30% or our newsroom's 0%. We particularly need to support Amata in looking after our military active duty sons, daughters, cousins, nephews and nieces.

Cool Stuff had a friendly chat with Hong Kong socialists and residents about the whole Trump drama by asking "How does Trump affect your daily working class lives; can't you do what Cool Stuff does when Trump talks, and just turn him off?" No answer.

Our Samoas are a fresh breath of peaceful existence on the world scene... except for fa'alavelave's, fighting over land & titles, and finding a job.

Here in Asia, Cool Stuff found that the Socialists are simply community organizer wannabes in search of a cause. They are not getting any traction at all.

Working this week in a former southern Malaysian city, now the Republic of Singapore the real concerns are not Trump.

Kim Jung-un's half brother was recently assassinated north at Kuala Lumpur's Airport, the North Korean Malaysia Embassy is currently surrounded by the Malaysian Army, seven ISIS affiliated terrorists were arrested in Malaysia in which a major car bomb and an attack on visiting Arab royalty was thwarted, new published Asian air pollution data was sad confirmation to millions of Chinese dying of lung cancer.

North Korea just shot off three missiles that landed in Japan's economic zone (purportedly headed for US military bases), the US is activating a missile defense system south of Seoul, South Korea, Indonesian & Malaysian domestic workers are working long hours for low pay and forfeiting 7 months of their pay to agents to secure jobs in Hong Kong, 30 Myanmar rebels were just killed on the border with China, Chinese, Filipinos, Korean, & Singapore folks still have horrific memories of an inhumane militarized Japan... which may become more aggressive with the current state of Asia's ignitable world affairs.

So Cool Stuff will continue to embrace the kinda, sorta, idyllic peaceful Samoas, while the meanie US national media commentators and Socialists waste their time on Trump's bizarre verbal missteps.

The Territory does not require Trump bashing for entertainment, don't you have the circus coming to town March 17?