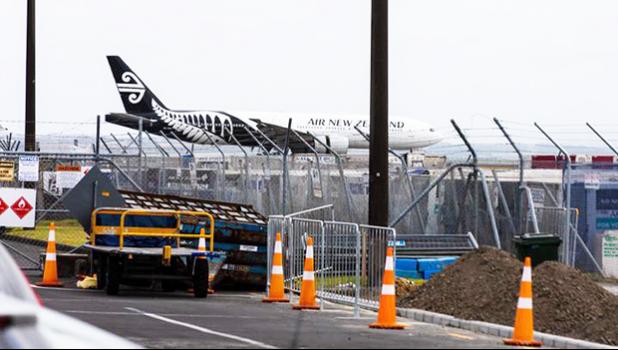 Auckland, NEW ZEALAND — Thirty Pacific islanders are being quarantined at a New Zealand military base, following their evacuation from China.

They are among 193 evacuees who arrived in Auckland from the Chinese city at the epicentre of the new coronavirus outbreak, Wuhan, on Wednesday night.

The Pacific evacuees include 17 from Papua New Guinea, five Samoans, four Tongans, two Fijians, one from Kiribati and one from the Federated States of Micronesia.

The group is expected to be held in isolation at Whangaparaoa, north of Auckland, for two weeks.

Otago University Professor Michael Baker said they would be contained and monitored and did not pose any threat to their home communities.

"Some of them may be vulnerable to infection and hopefully they'll do well. But that's not a problem, it's an easily managed problem in New Zealand and other places.

"Because we know exactly who they are. They're escorted every step of their journey. In many ways, they're a very fortunate group."

As the number of people with confirmed cases of the virus spreads to more than 23 countries - including Australia - extra effort is being put into keeping it out of the Pacific.

On Tuesday, Fiji's government confirmed two of its citizens were being held in isolation at a Nadi Hospital, with what it called "mild symptoms" of the coronavirus.

They had been in the Chinese city of Guangdong for business, and blood samples are being lab tested in Melbourne.

Prof Baker said there was a high chance it would not be the Wuhan coronavirus, as its symptoms were similar to many other viruses.

But he said Fiji's rapid response was reassuring.

"We need to keep learning from every problem. Like we clearly had a problem with measles for multiple reasons and we've hopefully learnt from that. We hopefully remember some of the lessons from the last influenza pandemic in 2009.

"And even with the current coronavirus threat, we need to keep learning and refining our approaches for managing these threats."

In Samoa, the government has imposed strict travel restrictions, and so far, six travellers have been placed in quarantine and 18 people have been turned away at the airport.

Health screening is now compulsory at all ports in Samoa, with passengers from China, Hong Kong and Macau subject to 14 days quarantine prior to their arrival.

RNZ Pacific correspondent Autagavaia Tipi Autangavai said the nation was still grieving for the 83 who died from measles last year, and the latest threat was tough for people to bear.

He said many were taking the government's advice to stay home and cancelling plans to travel to countries in Asia.

Dr Briand said each country was putting in measures to stop the virus spreading and working hard to construct evidence-based interventions.

The United Nations Secretary-General António Guterres has called for international solidarity with China.