COVID-19 data shows Hawaii is in a ‘Very Dire Situation’ 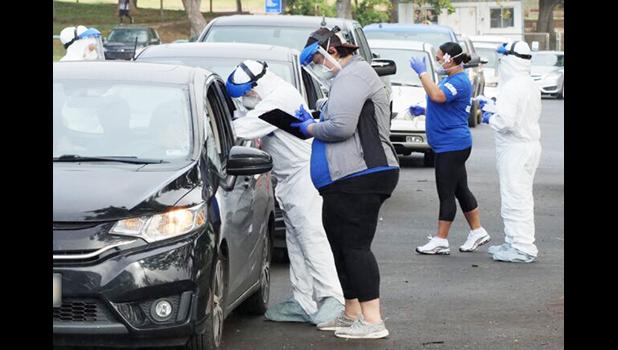 Source: Honolulu Civil Beat
Despite a troubling rise in the number of cases, the public does not seem to have an appropriate sense of urgency, an epidemic tracking expert says.

Honolulu, HAWAII — Hawaii has the fastest-growing infection rate in the country, according to several statistical models that try to estimate how many people an infected person will spread the virus to.

While public health experts warn of the limitations of some of these models, they also say other data points — including a rising number of new daily cases and the percentage of COVID-19 tests that come back positive — point to Hawaii being in an alarming new phase of the pandemic.

“We’re in a very dire situation,” said Dr. Tim Brown, an epidemic tracking expert with the University of Hawaii at Manoa’s East-West Center. “We’re seeing COVID spread out throughout the population.”

The state has recorded more than 1,300 new cases since the beginning of August. The 7-day average of new cases is at 166.71 currently, compared with 1.71 two months ago. And the percentage of tests that come back positive has jumped from roughly 1% in June to 5.8% last week.

“Clearly, Hawaii has taken a turn,” said Dr. Cyrus Shahpar, director of Prevent Epidemics, a research team at Resolve to Save Lives, a public health organization headed by a former federal Centers for Disease Control and Prevention director.

Despite the growing number of cases, the public does not seem to have a sense of urgency about the worsening pandemic, Brown of UH, who has also served on a COVID-19 advisory task force for Hawaii, said.

Some people are still not convinced that they should wear masks, he said. And some think it’s perfectly okay to gather as long as the group is smaller than 10 people, even if they’re all from different households, which he says is absolutely not the case.

“People have to understand we are not in normal circumstances right now,” he said. “We are in a once-in-a-century pandemic.”