With Samoa allowing flights into the country for citizens stranded in N.Z and easing stay at home rules, I think America Samoa should ...
Do the same
43%
Only ease stay at home rules
11%
Keep things the way they are
46%
Total votes: 511
Home

Deal struck to conserve 30 per cent of Samoa's ocean 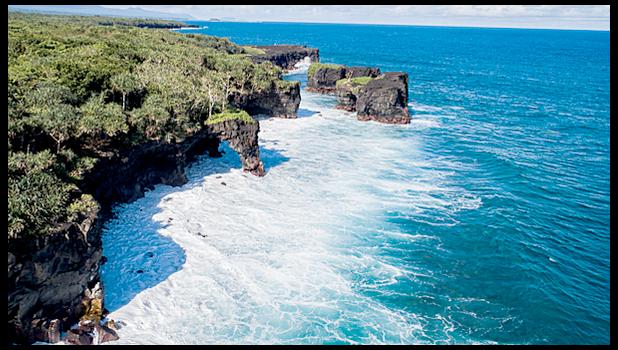 Apia, SAMOA — Samoa this weekend signed a groundbreaking new agreement to conserve 30 per cent of its ocean area and sustain its resources for the long-term.

Some 36,000 square kilometres of new fully-protected Marine Protected Areas inside Samoa’s Exclusive Economic Zone is expected to result from the agreement.

The partnership between the Government and the Blue Prosperity Coalition - a network of scientists, activists, experts, and governments - and environmental advocacy group Conservation International was announced this weekend.

The Memorandum of Understanding between the parties is focused on preserving and creating a future Blue Economy, to help guard the community’s long-term use of the nation’s fisheries resources.

“The Samoa Ocean Strategy will ensure the effective management and conservation of these rich waters, not only for a resilient and prosperous Samoa now, but for generations to come.”

The partnership will work toward the implementation of the Samoa Ocean Strategy, a set of goals established to plan and manage Samoa’s entire ocean, marine inland waters, territorial sea, and seabed for the coming decade.

The partnership intends to support the implementation of the Samoa Ocean Strategy, which is designed to protect ecological habitats, marine wildlife, and cultural heritage while safeguarding important sources of food, income and economic growth.

The Founder of the Blue Prosperity Coalition, American billionaire philanthropist and conservationist, Ted Waitt, lauded Samoa for taking the initiative to protect its ocean resources to secure their future use by Samoans.