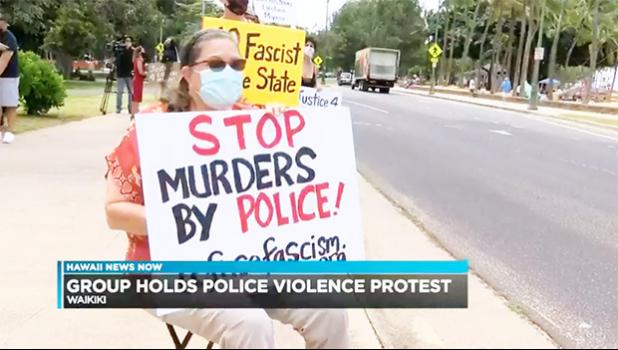 Honolulu, HAWAII — Dozens of people gathered in Waikiki on Saturday for a rally organized by Refuse Fascism Hawaii.

Demonstrators said they were there to “demand justice” for victims of police brutality, including incidents on the mainland.

The demonstration came in the wake of two deadly Honolulu Police Department shootings in less than two weeks.

And on Wednesday, 29-year-old Lindani Myeni was shot outside a home on Coehlo Way after residents said he walked into their house uninvited.

Organizers of the rally said one thing they are pushing for is the passage of Brianna’s law, also known as SB 726, which would ban no-knock warrants in the state.

Under this bill, police would need to announce themselves when entering someone’s home.