Dwayne “The Rock” Johnson opens up about his father’s passing 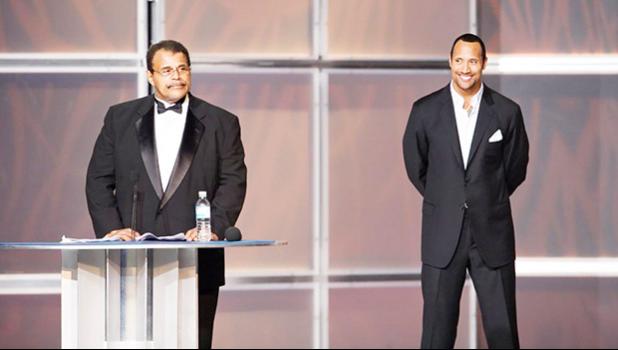 Hollywood, CALIFORNIA — Samoan megastar Seiuli Dwayne Johnson has broken his silence following the death of his father this week, speaking of his immense pain but also the pride he had for a man he remembers as a pioneer but also his most important role model.

Seiuli’s father, wrestling legend Rocky "Soulman" Johnson, passed away this week at the age of 75, according to an announcement by the World Wrestling Entertainment (W.W.E.) corporation.

In a tribute posted to his social media accounts overnight Seiuli paid tribute to his Canadian-born father’s role in breaking down racial barriers in the world of professional wrestling.

"Dad, I wish I had one more shot to tell you, I love you, before you crossed over to the other side.”

"But you were ripped away from me so fast without warning.

“Now I’ll carry your mana and work ethic with me,

Known by his stage name “Soul Man” Johnson senior was, like his son, a legend in the world of professional in his own right and had been inducted into the W.W.E. Hall of Fame.