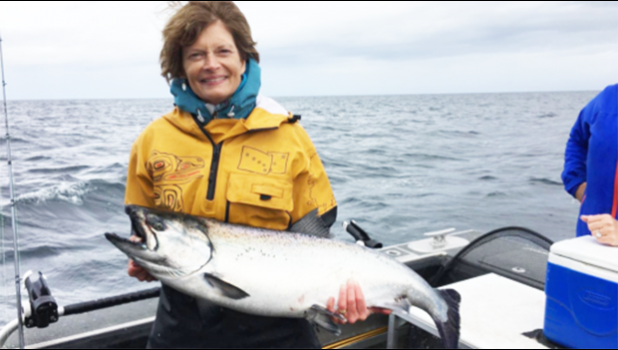 By
Undercurrent News
“For months, we’ve been working to permanently fix this misguided and overly burdensome rule by the EPA” -- Dan Sullivan

The US Congress has passed emergency legislation to protect commercial fishing vessels and vessels of less than 79 feet from being required by the Environmental Protection Agency to maintain incidental discharge permits -- at least for another few weeks.

The bill, S. 2273 headed to president Donald Trump’s desk following a quick vote in the US House of Representatives this Friday. The measure, which potentially impacts as many as 68,000 commercial fishing vessels in the US, extends an earlier exemption to permit requirements that had expired on Monday.

Assuming Trump signs the legislation, the exemption would resume and last until Jan. 19, 2018, giving Congress a few more weeks to take a more lasting action.

Senator Dan Sullivan, an Alaskan Republican and chairman of the Commerce Committee’s panel on Oceans, Atmosphere, Fisheries and Coast Guard, had fought to include a permanent extension in the Coast Guard Authorization Act of 2017 (S. 1129).

But on Thursday, as Congress was packing its bags for its winter break with just a stopgap spending bill to hold the US government together until Jan. 19, Sullivan and Alaska’s other Republican senator, Lisa Murkowski, managed to secure a unanimous consent vote for the emergency measure.

“For months, we’ve been working to permanently fix this misguided and overly burdensome rule by the EPA regarding incidental discharges and ballast water,” Sullivan said in a press release.

“Without this stopgap measure, small vessel operators and fishermen will be forced to obtain EPA permits for even the most basic activity, including vessel deck runoff, hosing out their fish holds, and other minor discharges,” Sullivan said. “This short-term extension was extremely important to pass so we did not leave our small vessel operators and our fishermen exposed to non-compliance or penalty as Congress moves forward with a permanent solution early in 2018.”

Murkowski also spoke in favor of the bill.