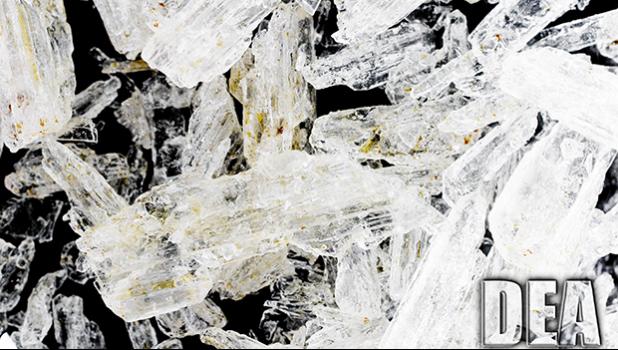 A Samoan man, described by federal prosecutors as a “career drug dealer”, who was sentenced late last month at the federal court in Sacramento, California for a drug conviction, has filed notice to appeal his conviction and sentence.

The 42-year old Epati Herbert Malauulu of Suisun City, California was sentenced Apr. 26th to serve 240 months — or 20 years — in prison after he pled guilty early this year to one count of conspiracy to distribute and possess with intent to distribute at least 500 grams of methamphetamine, according to his plea agreement and court records, which shows that the defendant has been in federal custody since his arrest in 2015.

According to court documents, Malauulu, who was initially faced with eleven counts, operated a methamphetamine distribution business that purchased “high quality crystal methamphetamine” in Northern California and distributed it in Hawai’i where it sold at a large profit. Between August 2014 and June 2015, Malauulu was responsible for mailing over 15 pounds of methamphetamine to Oahu. (See Samoa News edition May 1, 2017 for details.)

Last week Thursday, Malauulu’s defense team filed a one-page notice, saying that the conviction and sentence imposed by the lower court on Apr. 26th will be appealed to the US Court of Appeals for the Ninth Circuit in San Franciso.

No indication as to when the defense will file the official appeal documents with the appeals court.

On May 2nd, the Sacramento federal court released via federal electronic records the court’s “sentencing statement of reasons” regarding Malauulu, whom federal prosecutors argued had a drug crminial record going back to 1992.

In the statement, the court says it accepted the parties’ agreement to downward sentence for the defendant, whose defendant had sought 13 months jail term, including time served, in light of the sentencing factors applicable to Malauulu.

Those factors include that the defendant:

• has a significant criminal history reflecting his career of involvement in dealing controlled substances;

• the amount of highly addictive crystal methamphetamine for which he is held responsible in this case is large, with resulting negative effects on the community and public health generally;

• he played a lead role in orchestrating distribution;

• he has previously been sentenced to multi year sentences in the state criminal system, after which he continued to engage in the criminal behavior admitted at the time of his guilty plea.

The court also took into consideration, for the sentence, Malauulu's childhood experiences of being raised in a community where he and associates were subjected to acts of violence, his significant family support and responsibilities, and his complex of health issues, noting also his self-surrender following execution of the search warrant in his case in 2015.

Newly released court information states that during sentencing, the court recommended that the defendant be incarcerated at an institution in Lompoc, California and that he be allowed to participate in the Bureau of Prisons Substance Abuse Treatment Program.

Upon release from jail, the defendant will serve 60 months of supervised release.