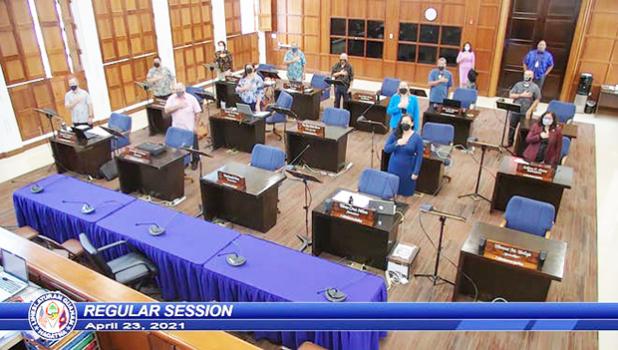 Hagåtña, GUAM — Federal officials did not consult Guam and other territories before designating shallow nearshore areas of Pacific islands as critical coral habits, and now senators are asking that the move be halted until they can have input.

In November, the National Marine Fisheries Service sent a notice designating parts of Guam, the Commonwealth of the Northern Marianas and American Samoa as critical coral habitats.

But according to Resolution 46, put forth by Guam Territorial Sen. Clynt Ridgell, the islands were not consulted about the decision. The resolution requests that the designation be halted until further research and consultation with island representatives be completed.

Guam Gov. Lou Leon Guerrero submitted a letter to the Marine Fisheries Service on Jan. 19, alongside CNMI Gov. Ralph DLG Torres, and American Samoa Gov. Lemanu P.S. Mauga, requesting a 90-day time extension to the public comment period in order to review the decision. The request was rejected, and the comment period will expire in May.

Ridgell’s resolution requests that the designation be halted until a five-year coral status review and coral recovery plan that the Marine Fisheries Service is currently conducting be completed. Without the halt, it states, the designations would not be made with the best available data.

Sen. Sabina Perez spoke to the distrust that she and other lawmakers felt at the “12th hour” decision.

The rushed designation was said to be made after the Marine Fisheries Services identified threatened coral species on Guam’s nearshore shallow waters. However, Speaker Therese M. Terlaje cited contrary testimony by the Bureau of Statistics and Plans.

"It’s not proven that these corals that they are trying to protect by designating the entire seashore as critical habitat, that these three corals are not proven to exist,” she said.