"He messed with the wrong family" Teen takes down mugger 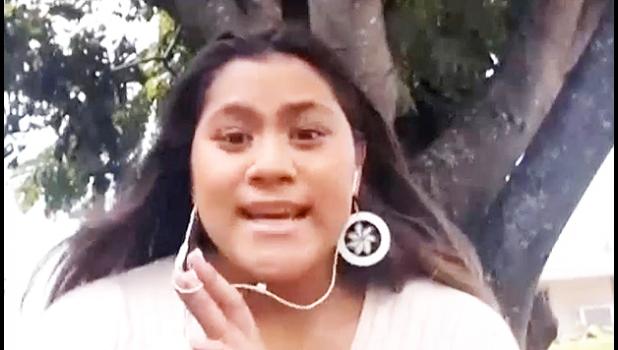 Honolulu, HAWAII — The high school athlete has been called a hero countless times, but Masina Tupea says it’s what she learned growing up in Hawaii.

Hawaii News Now (HNN) in Honolulu is reporting Masina Tupea and her family had just arrived in New Orleans last Tuesday and were on their way to dinner when they encountered trouble.

“That’s when this guy just comes running and he punches my mom right in the face and she drops immediately. My dad yelled to me to go after the guy,” Tupea told HNN.

Adrenaline pumping, the Punahou graduate, who set a national deadlifting record of nearly 320 pounds, went after him.

“I don’t think he was anticipating me going after him,” Tupea said.

Masina says they struggled and the man punched her in the face.

“I got up. I’m stumbling. I can’t see out of my left eye and I tackled him and he tries to tackle me into this car first ... but I essentially threw him under the car and pinned him to the ground,” said Tupea. “He asked me to let him go, but I kept telling him that he messed with the wrong family.”