He thought a driver was dumping trash in the road. Getting closer, he realized it was a baby 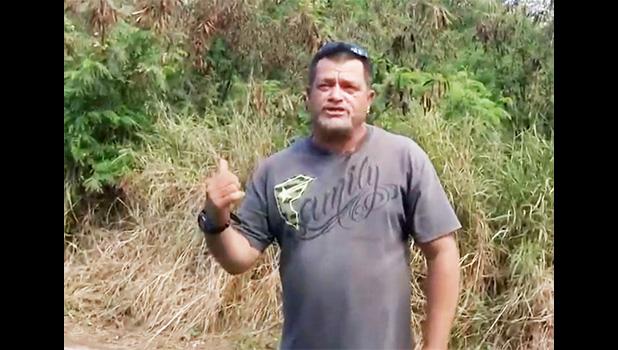 Honolulu, HAWAII — About 7 p.m. Monday, Feb. 16, a car was stolen from the Aloha Gas station in Waianae. Witnesses say it was parked at the pump when a man jumped in the driver’s seat and took off.

And in the passenger’s seat: A baby in her car seat.

When the thief realized the baby was there, though, he didn’t get her to safety.

Instead, he dumped her in the middle of the Lualualei Homestead Road.

That’s where James Moniz says he found her just after 8 p.m. on that day.

“Everybody knows me as Mousey,” he said in an interview Tuesday, as he picked up litter in the community. “I do what most people wouldn’t. I just clean the road. Pick up the rubbish.”

That’s what he was doing Monday evening.

In fact, he was just about to head home when a car came barreling past him.

“When the car pulled on the side I told my friend hey let’s go check it out. He might be throwing rubbish or littering or something,” Moniz said.

“I was like ‘Oh my God! It’s a baby in here. What are we going to do?’” Moniz said. “And at the same time there was a big truck coming down with a big horse trailer.”

Moniz stopped the truck and then called police.

After the thief dumped the baby he ditched the car, too, about a mile away on Hale Ekahi Street.

If you have any information on this case call Honolulu Crimestoppers at 955-8300.