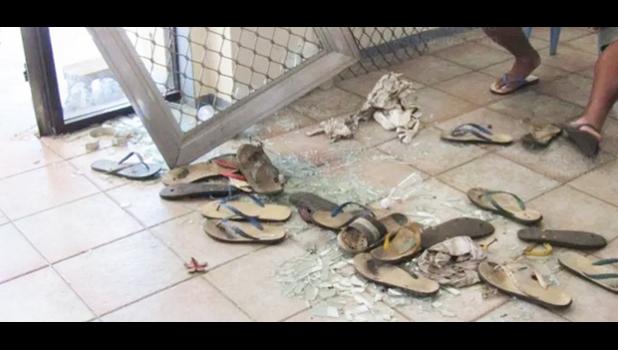 Apia, SAMOA — Three adults were seriously injured and nine others were treated for injuries from a mad rush on Monday to get registered to pick fruit under the seasonal workers scheme in New Zealand and Australia.

They came in huge numbers, some arriving at the EFKS Youth Hall at 5am with all hopes for employment overseas.

When the doors finally opened, the Ministry of Commerce, Industry and Labour, allowed in only 600 people — with the plan to allow in more as the registrations progress.

However, another just as large a crowd outside, standing in the sun and growing impatient, started to push the steel and glass doors and some even jumped through the windows and injured themselves in the process. The heat of the morning sun and the pushing crowd had some suffocate and fainted in the heat.

The Fire and Emergency Services were busy tending to the victims and a small police unit could not cope to discipline and control the crowd.