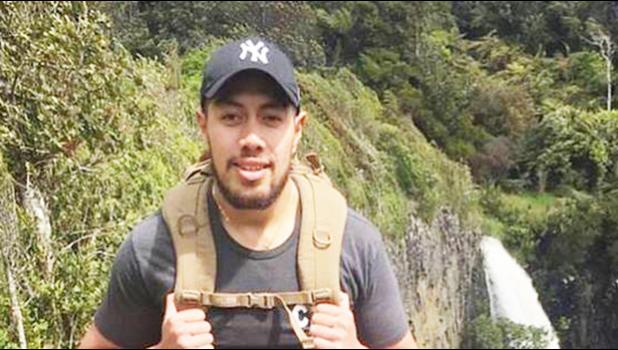 Samoan police believe a New Zealand Navy sailor who has been missing in Samoa for more than a week may have fallen into the sea and been swept away.

Kilino Joseph Lemafo'e Tua, 24, who grew up in Mangere, Auckland, was visiting two of his uncles, who live near Apia on Upolu Island, when he disappeared last Saturday - a day after he arrived in the island nation.

He left his uncle's house to go exploring on the morning of April 29.

Tua's car was found parked near the famous tourist spot and swimming hole of To Sua Trench that day.

Police are continuing to investigate Tua's disappearance and are doing their best to recover his body, Samoan police spokesman Su'a LeMamea Tiumalu told the Samoan Observer.

"We suspect that he either fell into the ocean or he was struck by a wave.

"On the day of the incident, the sea was very rough," he said.

A spokeswoman for To Sua told the Samoan Observer that To Sua staff agree with the police's theory that Tua was likely at the trench enjoying the view and the scenery when he got in trouble.

Earlier this week police were investigating whether Tua may have drowned in the trench, but they've now ruled out that theory.

"We will probably have to scale down the numbers but I can confirm that the police are still looking for the young man," Tiumalu said.