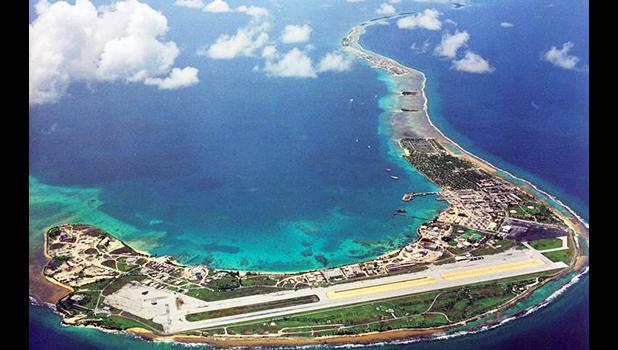 Kwajalein Atoll, CNMI — A fisherman on Kwajalein Atoll in the Marshall Islands got more than he bargained for when he pulled in his throw net last week.

It contained 48 Kg of plastic bags containing what is believed to be cocaine.

The haul of white powder was in professionally double-wrapped and taped plastic bags and could have a street value of about $US4 million.

The fisherman called local police, who secured the load of suspected drugs, according to Deputy Police Commissioner Robson Almen, who flew to Kwajalein to bring the suspected drugs to police headquarters in Majuro last week.

Marshall Islands law enforcement personnel have requested US Embassy assistance to bring in Drug Enforcement Agency (DEA) agents to handle the packages, including laboratory analysis to determine what the white powder is.

Mr Almen cautioned that because the Marshall Islands does not have a laboratory, he could not confirm the powder was cocaine.

However, the bags of suspected drugs found late last month in Kwajalein Atoll follow a similar pattern as other drug packages that have washed up on remote islands around the Marshall Islands over the past 20 years - including a large shipment that washed into Kwajalein in 2004.

In contrast to the 2004 drug find at Kwajalein, which resulted in the prosecution of over a dozen Marshall Islanders for drug possession and distribution, the Deputy Commissioner believes the police obtained the entire amount that was fished up last week.

"We're pretty sure we got all of it," he said on Friday.

His observation is based on the way the suspected drugs were packaged and the fact that no packs were broken out of a larger bundle.

Almen added that the Criminal Investigation Division is investigating the matter further.

In March 2004, hundreds of kilos of cocaine washed into Kwajalein Atoll. Although police recovered more than 30 kilograms of the white powder in professionally wrapped plastic bags, a lot of cocaine was taken by Ebeye residents who discovered the drugs on a beach in the atoll.

By May 2005, 14 islanders had been charged with cocaine possession, and several were already serving jail sentences after being found guilty in the High Court.

The cocaine discovered in 2004 was still being sold on Ebeye in plastic baggies for $US5 over a year later.

In July 2007, a speedboat loaded with cocaine washed up at Ailinglaplap Atoll, 184 kilometres southeast of Kwajalein.

Similar professionally wrapped packages of drugs have been found at Mili, Bikini, and Rongelap atolls over the years.