Ministry of Women spokesperson speaks out about gender inequality 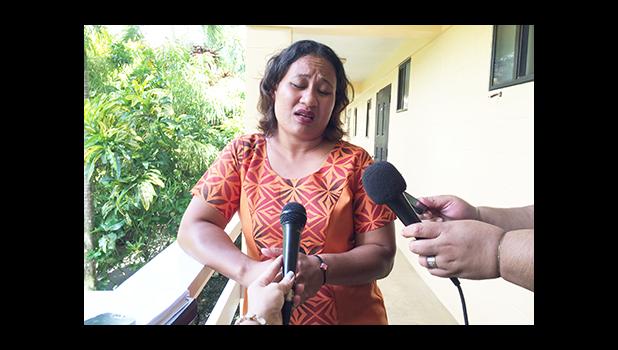 “The main challenge is the attitudes, beliefs and behaviors” from men — and women
By
Joyetter Feagaimaali’i-Luamanu
joyetter@samoanews.com

Apia, SAMOA — With the total population of Samoa at 187,820, a total of 89% of the men hold chiefly titles, this is according to Ministry of Women, Community and Social Developments official Mema Motusaga during her presentation before the media during a weeklong training hosted by Samoa Alliance of Media Practitioners for Development (SAMPOD).

According to Motusaga, traditionally women are important in Samoa as a covenant (feagaiga tausi o aiga) and that mentality has to change, pointing also to the strong evidence of gender inequality in Samoa —noting low representation of women in leadership and decision making roles in government, villages and in homes — and the increasing statistics on violence against women.

Regarding women in leadership, Motusaga pointed to only 37% as Chief Executive Officers for all of the State Owned Enterprises (SOE); 41% of women in leadership of government ministries; while 59% are Assistant to Chief Executive Officers and hold senior positions in education and administration. She further noted that within the Ministry of Finance, 18% are board members of SOE however there is a significant low number of men compared to the number of women who are excelling in other areas of decision making spheres within SOE.

“Further there is an increase in the numbers of scholarship awarded to females over the past four years compared to the males and 59% of science awards are female recipients,” she said.

She said that Samoa’s demographic survey in 2014 shows that 19% of women between 15-49 are currently employed; and, “a total of 32% of women are mainly employed in sales and as professionals, technical or managerial personnel; while 16% of women are employed or previously employed in clerical positions and a small amount of 3% that work in agriculture.”

According to Motusaga, women are most vulnerable on Non Communicable Disease, cancer (cervical/breast); also a very high number of young women are affected by STI’s chlamydia and teenage pregnancy. She said that there is a limited access for family planning for women in rural areas.

“Over the years the government of Samoa has been at its best in ensuring, policies, legislations and mechanisms and initiatives implemented to try and fully address the needs for equality before the law for women,” she said, adding that despite all efforts, challenges continue to obstruct the full realization of these areas whether it be through service accessibility or delivery.

“The main challenge is the attitudes, beliefs and behaviors,” Motusaga said, not only from men, but women too.

She gave an example that when some women file complaints with the police, they are told by women police officers to rethink and reconsider before filing a complaint as there are consequences. “This is the type of attitude that women face when they are abused and it’s sad that sometimes it’s the women that are the ones who are discouraging the abused women. We need to change the attitude towards issues pertaining to women, especially women who are physically abused.”