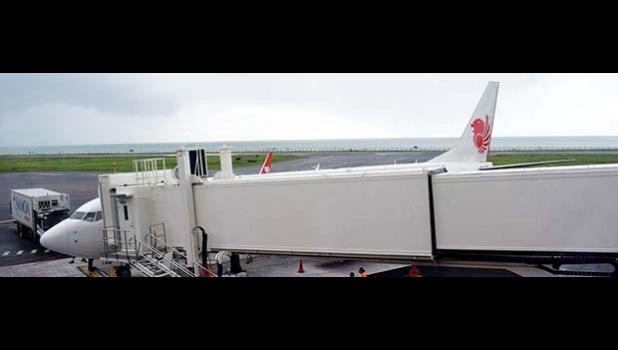 The prime minister touted the project as one of the “most exceptional milestones of Samoa’s history” due to its uniqueness as this has been the first project in Samoa in which 2-donor partners have collaborated for its successful completion.”

For the improvement and expansion of the airport apron, which was necessary for the installation of the bridges: “This upgrade was made possible through funding from the World Bank and was procured under the Samoa Aviation Investment Project and constructed by Downer New Zealand over a period of 9 months at a total cost of SAT$50,241,786.81 Samoan Tala,” Tuilaepa said.

For the third and final phase of the Airport Terminal Facility Upgrade — the installation of the three (3) new Aerobridges: The total cost of the Aerobridges is SAT$4,755,125.56 and was funded by the Government of the People’s Republic of China and installed and commissioned by the Shanghai Construction Group.

The prime minister noted, “The aerobridges and associated improvements on the terminal have dramatically improved accessibility for those with special needs and the wider travelling public. It also enhances passenger experience especially by providing shelter from the hot sun and the pouring rain.”