Over 10,000 people test positive for COVID in Fiji 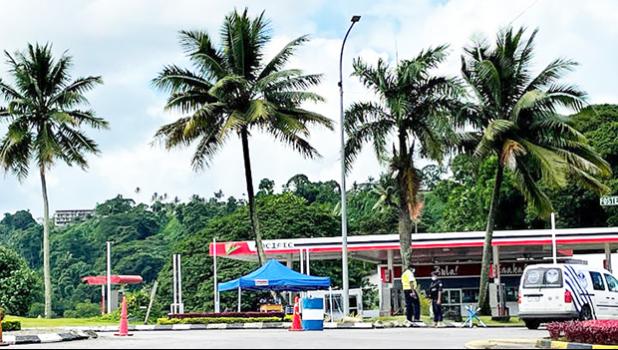 That compares to 506 cases and one death in the previous 24-hour period.

The Health Ministry said all four patients were unvaccinated.

On Friday, the ministry announced 860 positive cases and three deaths. All three patients were also not vaccinated against the virus.

Fiji now has 8576 active cases in isolation with 55 deaths - all but two of them from the latest outbreak which began in April this year. There has been a total of 10,512 covid cases in Fiji since March, 2020.

Health Secretary James Fong said a 77-year-old woman from Colo-i-Suva had died at home. "Her family reported that she had been feeling unwell for three days.

"A 75-year-old man from Nabua also died at home. His family reported that he was feeling unwell for there days and he was noted to have a reduced appetite and generalized weakness.

"The third Covid-19 death was a 38-year-old woman from Nakasi. A ministry response team attended to her at a medical facility and transferred her to the CWM Hospital after she reported having severe symptoms of Covid-19. Her condition worsened in hospital and she died four days after admission."

Dr Fong said 21 other people had died after testing positive to the virus but their deaths have been attributed to pre-existing serious medical conditions.

He said one death of a Covid-positive patient remains under investigation.

As of 9 July, the seven-day rolling average of deaths per day is three, Dr Fong said.

"There have been 162 new recoveries reported since the last update, which means that there are now 8,576 active cases in Fiji.

A total of 4,127 individuals have been screened and 913 swabbed at stationary screening clinics in the last 24 hours, Dr Fong said.

"3123 tests have been reported for July 9. Testing number data for all labs for July 9 are still being received and so the testing number is expected to increase once updated.

"We are still receiving testing number data from all labs for July 8 and 9, and those total test numbers will increase once updated."

"The national seven-day average daily test positivity is 17.4 percent and continues on an upward trend."

The WHO threshold is five percent.

As of the 10 July, the ministry said 353,303 adults in Fiji had received their first dose of the AstraZeneca vaccine and 66,635 have received their second doses.

Dr Fong said this means that 60.2 percent of the target population have received at least one dose and 11.4 percent are now fully vaccinated nation-wide.

He said Fijians could check the ministry's vaccine dashboard to find real-time data on first-dose and second-dose numbers at the national, divisional and sub-divisional levels. http://bit.ly/3h2JfCZ

He said the seven-day average of new cases per day is 622 or 702 cases per million population per day.

"With daily increases in cases, we are also seeing increasing cases of severe Covid-19 and increasing deaths.

"We are asking all Fijians to get vaccinated as soon as possible. Getting fully vaccinated, with two doses of the vaccine will decrease your risk of getting infected with the virus.

"But most importantly, getting fully vaccinated will significantly reduce your risk of getting severe Covid-19, even if you do get infected.

"None of the people who have died from Covid-19 in Fiji have been fully vaccinated. And we know from data from the United Kingdom that the Oxford-Astrazeneca vaccine reduces the risk of hospitalization from the Delta variant by 92 percent."

Dr Fong said a full breakdown of areas of interest will be published online on the ministry's Covid-19 dashboard and on the Fijian Government Facebook page. The approximate locations of the new cases on the dashboard will be available at the following link: http://bit.ly/3vE2ZBb.