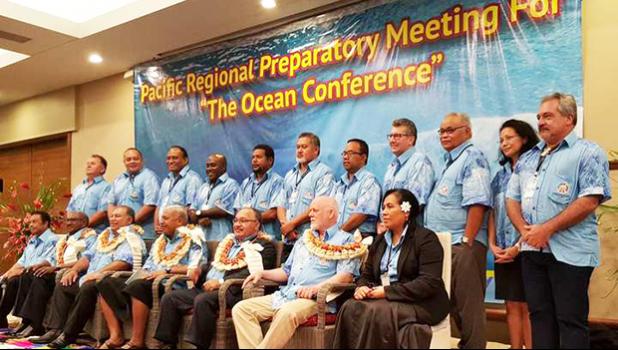 Pacific Island leaders have agreed to form a united front at a major United Nations oceans conference later this year.

Fiji's prime minister, Frank Bainimarama, hosted the meeting on Friday as his country prepares to take the presidency of the conference along with Sweden.

He told the gathering that he hoped the small island developing states of the Pacific could front the conference as one united voice.

The meeting discussed implementing a sustainable development goal which aims to conserve and sustainably use the ocean and marine resources.