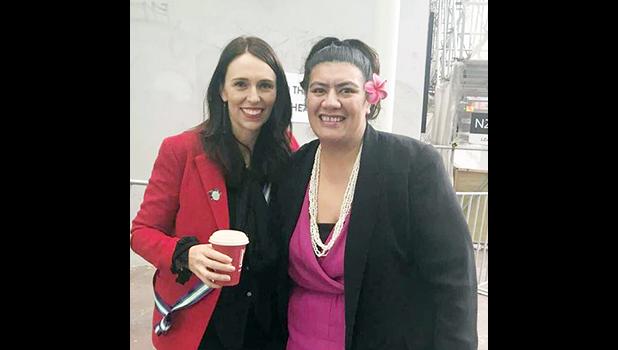 Brown is among a chorus of Pacific leaders who have sent their good wishes to Ardern after she announced on Thursday she is stepping down from her position after six years on the job.

Brown said he was surprised and sad to hear the news.

He said he wanted to acknowledge her leadership, particularly during difficult times such as the Christchurch terror attack.

He said he was grateful for Ardern's support during the COVID-19 pandemic.

"New Zealand's own response was held up as a shining example of how to protect your people. New Zealand working with our country enabled us really to protect our people from Covid but secondly allowed us to quickly get back on our feet due to the measures that we did take early on," he said.

"Her compassion and her strength of leadership is a legacy that I think she will leave as prime minister of New Zealand," Brown said.

Brown wished Ardern and her family the best in their next chapter.

Prasad told RNZ Pacific he was happy to meet Ardern when she visited the country in 2020.

Under her leadership, Fiji had benefitted immensely, especially when the nation faced difficult times, he said.

Ardern provided "urgent and timely help to the Fijian people during natural disasters and the Covid-19 pandemic", Prasad said.

A prominent Pacific health professor said the announcement by Ardern had come as a shock and was a loss for the country.

Sir Collin Tukuitonga said her leadership while navigating a global pandemic, economic hardships and a terrorist attack had been "tremendous".

New Zealand had made great progress under Ardern, he said, adding he believed no other leader could do a better job.

"New Zealand will lose its greatest asset, internationally for trade and for international credibility. We risk going backwards in health and education particularly when you consider a Luxon team or government," he said.

An Auckland councillor Josephine Bartley said Ardern would leave behind an impressive legacy, particularly for her handling of COVID-19. Just like everyone else, she was "shocked" when the announcement was made.

Some of the criticism Ardern received during her tenure "crossed the line," Bartley said.

"I think she's done a really awesome job to save so many lives with the COVID response. You can criticize someone based on their policies, based on things they have done in terms of the job they do, but people just went overboard, and went there on personal attacks."

Labour Party MPs now face a choice over who could replace her as leader with the general election expected in October.