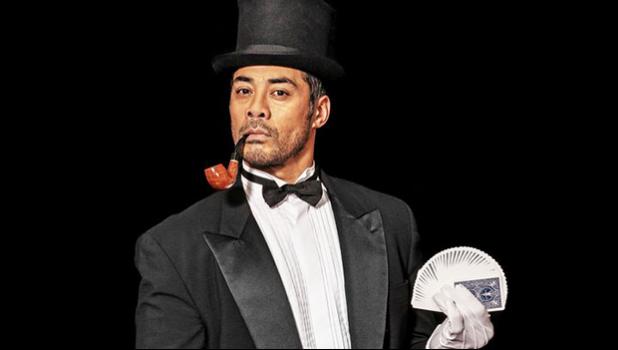 Auckland, NEW ZEALAND — The magic of storytelling island-style has seen audiences return in droves to see a popular Pacific comedy group for performances at this month's Auckland Arts Festival.

The Naked Samoans Do Magic is their new show after almost a decade off stage that was sprinkled with island humour, personal stories, and magic tricks.

The story is about how the group received really bad reviews the last show they had, and out of the blue some years later the death of their only fan - a Samoan magician - leaves in his will, a rundown Ponsonby villa to each member of the Naked Samoans.

The group's members all reunite again to see this house they have inherited, after having gone their separate ways to do different things after their last show went so badly.

The production takes audiences along as they explore the building - which is no ordinary building.

During their visit, each of them go through their own personal journey and magical things start to happen.

"All the different characters have got their own demons kind of thing and in which there was a lot of animosity and anger from that failure and nothing was ever dealt with at the time."

The men worked in collaboration with the Pacific theatre company The Conch, and executive producer Tom McCroy said the actors did really well to juggle a mix of lines, magic tricks, as well as learn key movements and dance.

"They are thrilled on all different levels," he said.

"From the love that they felt every single night of the week from the audience and as soon as the opening titles came up on the screen, there was just cheers and applause and all this love hit the stage."

"People expected it to be comedy which it was, but it was also a lovely reflection on the intergenerational passing of a mantle of performing arts in the Pacific and that was such a beautiful thing to witness as well."

He said that they do a lot of theatre work in the Pacific region too - especially in Fiji.

The set was specially designed to have walls and starcases that moved and the actors changed costumes regularly.

They performed genuine magic tricks too.

The production's artistic director Nina Nawalowalo has past experience with magic and the actors were trained by expert magicians.

"Years ago I worked in the magic world in London and I have a deep love of magic and know how to use it in storytelling."

She said the show was always something she thought the Naked Samoans could really do and it was also something uniquely different.

It is hoped that they will be able to put the show on again in Wellington later this year.

"Well I am really proud of the guys and I think that they did they did an amazing job to come on stage after nine years and to look for how to come forward as mature men and to take on magic and take on all of the skills they had to do and to get on the Civic theatre stage to deliver the story," she said.

"I thought that they worked so hard and the outcome is always for the public and the love they have to see them again doing what they do and so it was a joy. "

The Naked Samoans and their island comedy, jokes and now magic tricks still clearly resonated as it gained good reviews.

Following the show's successful Auckland debut, local audiences hope that audiences have not seen the last performance of The Naked Samoans.