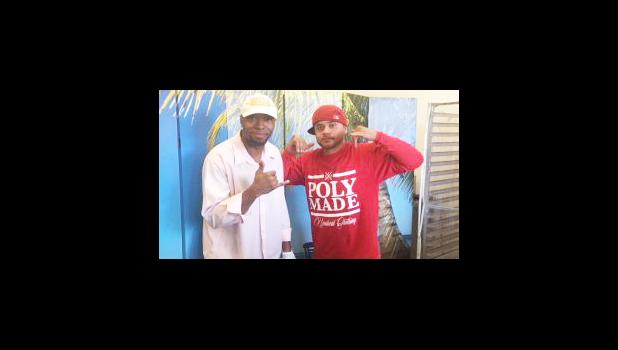 Washingtonians know that people are attracted to their majestic state from all over the world, but particularly from the islands sprinkled throughout the Pacific Ocean.

Citizens of Taiwan and the Philippines, and residents of the islands of American states such as Alaska and Hawai’i, find Washington to be a convenient port of entry to the United States.

Samoa, also finds its residents making their way to our beautiful state —and bringing their cuisine along with them. There is actually quite the Samoan community here in Pierce County — and they sure did miss their native foods.

One of these Samoans, who now calls Washington home, is Ed Leota, one of the owners of the Taste of Samoa Bakery in Parkland. He, along with his uncle by marriage, Ron Manning, own and operate the restaurant. Manning runs the business end, and Leota helms the kitchen.

“I started baking from home, for fundraisers and gym nights in Tacoma,” says Leota. “At gym nights you pay three dollars to play volleyball and basketball and we also sell some of our food there.”

You can say that Leota learned by doing. “Besides watching my mom cook while I was a kid, I didn’t learn anything else back then,” says Leota. “I have zero background in the restaurant industry. I learned everything off of YouTube.”

He worked on perfecting his craft in the kitchen through research, taste tests and trying out new recipes.

Manning, takes care of the business’ admin, banking and legal aspects, such as trips to the Department of Health, opening banking business account, and so on.

“The majority of our customers are Samoan,” says Leota. “In fact, we chose this location because it is close to home and there are a lot of Polynesians in the area.”

Chimes in Ron: “We didn’t have any significant restaurant experience, just the passion to start a business and share our recipes with everyone.”

Of course, aside from providing Polynesians with a taste of home, Leota and Manning have also been exposing newbies to Samoan cuisine, and to rave reviews.

“They are shocked; they absolutely love it,” says Manning.

Adds Leota, “That is our goal, to expand our Taste Of Samoa outside of the  Samoan community.”

Samoa will have to wait a little longer to benefit from the promise of faster and cheaper internet.

That’s because the Tui Samoa Cable will not go live until next month.

This was confirmed by Minister of Communication and Information Technology, Afamasaga Tico Tupa’i, in response to questions from the Samoa Observer on the status of the cable.

“The cable is delayed due to some unforeseen circumstances,” he said.

What the circumstances are, the Minister did not say.

The Tui Samoa Cable was brought to its landing site in Moata’a last month — amid fanfare.

Afamasaga said the goal was to go live before Christmas.

But the plans have changed.

“We lost three weeks due to the availability of the berthing during the loading, bad weather, some technical problems on the vessel and the entry of the vessel in Wallis lagoon,” he said.

“The final splice is now planned in Suva end of this week on the 24th.

“Training and testing of the system will commence immediately after crew returns from holiday and if system is clear then it will be switched on immediately,” explained the Minister.

The acting president of the Journalists Association of Samoa said the criminal libel law enacted this week risks undermining the role of the media in society.

Rudy Bartley said he's concerned the legislation will be used to force journalists to expose sources.

The government said the Criminal Libel Act targets unidentified bloggers who write defamatory remarks about others.

One such blogger, O Le Palemia, regularly attacks the government of Tuilaepa Sa'ilele Malielegaoi with accusations of corruption and nepotism.

But according to Bartley, the criminal libel law will be ineffective in identifying such individuals.

He said it's also unnecessary for the mainstream media which has recently adopted a code of practice to prevent criminal libel law breaches by members.

Mr Bartley argues the law will undermine the media's role as a public watchdog and weaken its ability to hold those in power to account.

WASHINGTON (December 21, 2017) – Interior Assistant Secretary Doug Domenech has authorized $147,140 for Brown Tree Snake (BTS), Boiga irregularis, interdiction work being conducted at the commercial ports on Guam.  Funds were provided to the U.S. Department of Agriculture’s Animal and Plant Health Inspection Services, a partner in ongoing efforts to contain the spread of this invasive snake.

“We are working to meet the multiple priorities across the U.S. Insular Areas under the current budgetary conditions,” said Assistant Secretary Domenech.  “The Brown Tree Snake has already done significant damage to Guam, and it is critical that it does not spread to other islands in the region.”

The U.S. Congress continues to provide funding in support of controlling the BTS on Guam and preventing its spread to the Commonwealth of the Northern Mariana Islands, Hawaii, and the freely associated states in the larger Micronesian region.  Inadvertently introduced during World War II, the BTS has caused the extinction of many native and endemic species of birds and lizards on the island of Guam, and has had cascading ecological effects on other native plants and animals. The BTS has also disrupted economic activity by causing power outages.  This collaborative effort involves several federal agencies, Hawaii State, and island governments in the Micronesia region.