With Samoa allowing flights into the country for citizens stranded in N.Z and easing stay at home rules, I think America Samoa should ...
Do the same
34%
Only ease stay at home rules
13%
Keep things the way they are
54%
Total votes: 112
Home 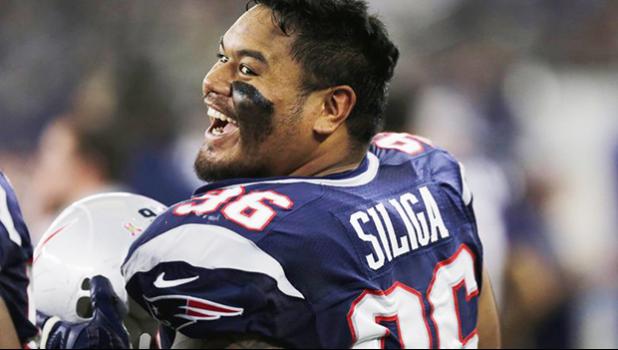 That’s exactly what happened to staff at Applebee's restaurant in Tampa Bay, thanks to Samoan NFL star, Sealver Siliga.

According to TMZ.com, the entire staff at an Applebee's restaurant received the tip of the year on Christmas Eve.

TB defensive tackle Siliga and some friends hit up Applebee's after losing to the Carolina Panthers earlier in the day — but despite the loss, the players couldn't have been nicer.

When the bill of $256 came (around 10p.m.), Siliga asked the manager how many people were still working in the restaurant ... because he wanted to tip every person $100 (from the servers to dishwashers).

How's that for a heartwarming Xmas story?

Samoa is ready to connect to the new Tui Samoa submarine cable in the New Year after its installation was completed on Boxing Day.

The Samoa Submarine Cable Company said Samoa, Fiji, and Wallis and Futuna are now inter-connected via the undersea optical fibre system, which spans more than 1,470 kilometres.

Samoa's Minister for Communications and Information Technology, Afamasaga Rico Tupa'i, said it's a significant milestone for the project to bring high speed broadband to everyone in Samoa.

The new internet connection is expected to be operational next month.

Police in Samoa are investigating how four escapees managed to break the locks of one of the security cells in Tafaigata prison.

The men escaped a week ago and two remain on the run.

Our correspondent in Apia Autagavaia Tipi Autagavaia said security at the prison has been a problem.

"There's a history of escape prisoners from our main Tafaigata prison. From the time when the prison was under the authority of the Ministry of Police, there was always cases of prisoners escape."

"The problem was there is no fence surrounding the whole compound for the main prison."

The assistant commissioner of prisons Ulugia Sauafea Niui'a said they would be working together with the police on the case.

Police superintendent Auapa'au Logoitino Filipino told the Samoa Observer that two had drowned and two were suspected to have taken their own lives.

He declined to give any information about the deaths saying police are conducting investigations into each one.

Auapaau said more than 20 people were arrested for driving under the influence.

They were caught at roadblocks that police had staged throughout the country over the Christmas Day long weekend.

The CEO of the Parties to the Nauru Agreement (PNA) sees the outcomes of the annual meeting in Manila earlier this month of the Western and Central Pacific Fisheries Commission (WCPFC) as mixed.

PNA CEO Ludwig Kumoru said there were some good steps forward by the Commission. These included adoption of a Port State Measure, which includes arrangements for appropriate inspection of tuna vessels when they come to port. This will close one of the remaining gaps in the Commission’s monitoring and control scheme and is well adapted to the region where many of the major ports are in small island developing states, said Mr. Kumoru.

However, Kumoru was disappointed in the outcome of the revision of the Tropical Tuna Measure.

“This is a key measure for PNA members, most of whom are heavily dependent on tropical tuna fisheries,” Kumoru said. “Most of the tropical tuna catch is taken in PNA waters but some fishing states fail to respect the rights of PNA members and other resource-owning Pacific Island states and try to use the Commission to protect their fleets instead of protecting the fish.”