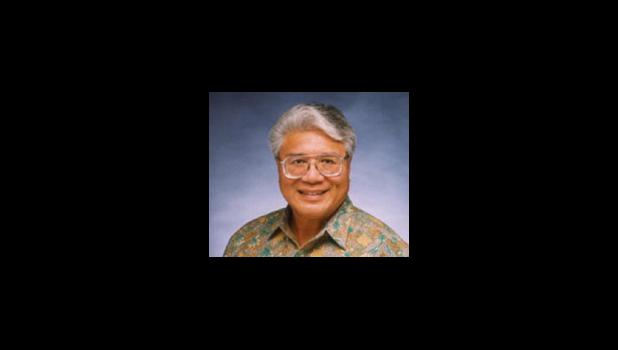 The National Disaster Preparedness Training Center (NDPTC) 2017 Community Resilience Leadership Award will be presented to Papaliʻi Failautusi “Tusi” Avegalio, Jr., at the Pacific Risk Management ʻOhana Conference Awards Luncheon on March 22 at the Hawaiʻi Convention Center. The annual award recognizes an individual who has made significant contributions to making communities better able to withstand, respond to and recover from hazards and threats such as hurricanes, tsunamis and flooding.

According to NDPTC Executive Director Karl Kim, “Doc Tusi combines deep understanding of community processes and a lasting commitment to social justice and capability building. As a community leader, he has promoted learning about resilience and food security throughout Hawaiʻi and the Pacific Islands. He has played a special role in advising and leading the NDPTC in our efforts to build and sustain resilient communities.”

Avegalio is the director of the Pacific Business Center Program and the executive director of the Honolulu Minority Business Enterprise Center at the University of Hawaiʻi at Mānoa’s Shidler College of Business. A former research fellow with the Pacific Islands Development Program at the East-West Center, Avegalio is the first native from Oceania to become a professor at the Shidler College of Business. Deeply involved in developing and delivering NDPTC courses in American Samoa and throughout the Pacific, he has consulted extensively for governments, colleges and universities, financial institutions and businesses throughout the Pacific. He also has been the primary organizer of many events including the University of Hawaiʻi Stars of Oceania, and the Global Breadfruit Summits in Hawaiʻi, including the 2017 summit planned for Apia, Samoa.