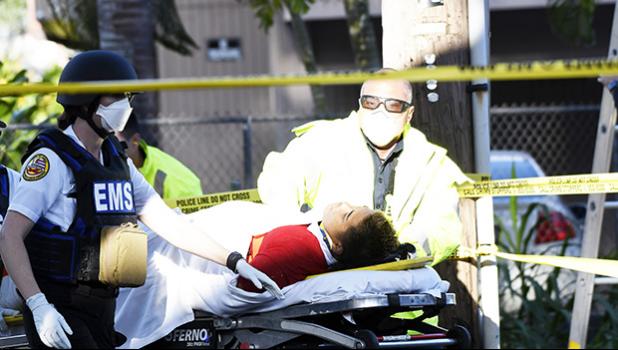 Honolulu, HAWAII — Sean Middleton was sitting in his car at a stoplight on Kalakaua Avenue on April 5 when he heard gunfire. Honolulu police officers were shooting at a stolen white Honda Accord filled with six suspects aged 14 to 22.

It was only later that Middleton learned that his 16-year-old friend, Iremamber Sykap, had been killed in the police shooting.

The night before, they had hung out at Old Stadium Park off King Street. Middleton had known Sykap since he was 4 years old and they were neighbors in Kalihi. “I just wish I could’ve saved him,” said Middleton. “I just wish it was me, that they had killed me instead.”

In the absence of more details, Sykap’s death and subsequent media coverage ignited an outpouring of grief among many in Hawaii’s Micronesian community, with some questioning why death was the consequence for his alleged crimes.

According to the Honolulu Police Department, Sykap was driving the car, which had been reported stolen from Kailua and had been linked to a series of crimes including another car theft in Kaimuki, a purse snatching in Waikiki and an armed robbery in Moiliili just 20 minutes before the shooting.

Honolulu Police Chief Susan Ballard told reporters hours later that it appeared the vehicle had rammed two marked police cars before driving through a chainlink fence and crashing into the Kalakaua canal. “During this time, officers fired multiple shots at the vehicle,” she said at the televised press conference.

Nearly two weeks later, many key details remain unknown, and no charges have been filed against the other occupants of the car. HPD hasn’t said where on his body Sykap was shot or how many bullets hit him.

It’s not even clear why officers opened fire. When asked about their rationale at a press conference Thursday, Ballard cited the criminal activity that allegedly involved the suspects.

“I think we explained it last time, because these folks had, 20 minutes before, had done an armed robbery with two guns, previous, noon that same day, a purse snatching, so I think that pretty much kind of answers that question,” she said.

HPD’s use of force policy states that deadly force may only be used when an officer reasonably believes it is necessary to defend their life or the life of another person who is “in immediate danger of death or serious bodily injury.”

The department said the three officers who opened fire that day were initially placed on administrative leave but as of Thursday were back on full duty. Per department policy, their names have not been released.

The department hasn’t said if Sykap or the other suspects were armed. Police initially said there were no weapons in the car, then said they recovered a “replica gun” but wouldn’t elaborate on what that meant or where it was found.

The corner of Kalakaua Avenue and Philip Street where Sykap died has been decorated with a makeshift memorial of dozens of candles, bouquets, bandanas, gifts, balloons and messages.

For the past decade, about a third of all Honolulu incidents reported annually that involve force have affected people who are Native Hawaiian or another Pacific Islander ethnicity.