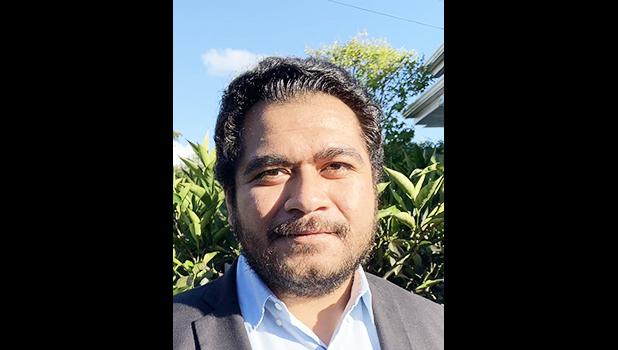 Fuimaono has since had a re-think on that piece and has now submitted a different view.

I now offer a newly revised legal view on the issue regarding the constitutionality of the activation of Article 44(1A) of the Constitution and the resulting warrant issued by the Head of State to appoint one more woman to parliament.

This view reaches a different conclusion to my first initial view published earlier in the week on Thursday 22 April 2021.

I want to assure all readers that I'm not offering this newly revised view on the issue due to any pressure or any subsequent input or advice from any political party, group or individual.

I'm now of the view that the activation of Article 44(1A) of the Constitution and the resulting warrant issued by the Head of State to appoint one more woman to parliament was unconstitutional and unlawful.

I believe that it's important not to assume that the Office of the Electoral Commission (OEC) nor the Head of State acted in bad faith in misinterpreting the law to activate Article 44(1A).

Regrettably, I'm still of the view that this misinterpretation is largely a result of the relevant clauses being poorly drafted. The entire Article 44 should be reviewed and amended when a new parliament is eventually sworn in.

Essentially, the poor drafting of the provisions can easily lead one to fail to carefully consider the significant impact of the Constitution Amendment Act (No.3) 2019 on the issue at hand. It's my hope that the Supreme Court will not make the same errors the OEC and I did.

I sincerely and unreservedly apologise for the errors in my previous analysis of Thursday 22 April 2021 and any confusion, hurt and inconvenience caused. It was far from my intention to mislead any readers on this issue, especially given the tensions and controversy currently surrounding it. If anything, my errors demonstrate how the law is always subject to different interpretations, especially misinterpretations when law is poorly drafted.

I also hope that the two different views I have provided on this issue demonstrates how both sides can potentially make strong and reasoned arguments before the Supreme Court.

To follow and understand my newly revised view on the issue, please consider the 12 steps of my analysis below.

1. We start with the italicised 'Note' text between clauses (1) and (1A) of Article 44, which tells us we that the Constitution Amendment Act (No.3) 2019 amended the Constitution to introduce new clauses, clauses (1) and (3) to Article 44 as they appear. These clauses are stated to "commence before the 2021 general elections" - in other words, come into effect for the specific purposes of the 2021 general elections.

2. Looking at the amended Clause (1) of Article 44 (Article 44(1)), we see that it states that one member is to be elected for each of the "51" electoral constituencies. In other words, there are to be "51" seats in parliament available ahead of the 2021 election. Section 4 of the Constitution Amendment Act (No.3) 2019 also confirms this.

3. We then move onto Article 44(1A), which states: "Subject to this Article, women Members of the Legislative Assembly shall:…(a) consist of a minimum of 10% of the Members of the Legislative Assembly specified under clause (1) which for the avoidance of doubt is presently 5". There has been no change to this wording since the Clause was introduced via Constitutional amendment in November 2013.

4. It's very critical to note that Article 44(1A) explicitly refers to clause (1), which as of 2019, states the specific number of seats to be "51" for the "2021 general election". The wording explicitly links the two clauses together, so they must be read and interpreted together. Unfortunately, in my previous analysis, I only considered and applied Article 44(1A) and failed to read and interpret both clauses together as clearly required.

5. Now in reading clauses (1) and (1A) of Article 44 together, we can see that parliament passed the Constitution Amendment Act (No.3) 2019 to introduce and amend clause (1) to confirm the number of seats at "51" - but very importantly, also decided to keep the wording of Article 44(1A) exactly as it was from when it was introduced by a Constitutional amendment in 2013.

6. In my view, this retention of Article 44(1A) means that parliament in January 2019 intended "a minimum of 10%" of the "51" seats to equal to a minimum of "5" for the "2021 general election". Therefore, the words "for the avoidance of doubt is 5" should be read like it was restated again in 2019 to indicate parliament's intention for 5.1 to be effectively rounded down to "5" for the "2021 general election". Better, clearer drafting of the 2019 Constitutional amendment would have explicitly noted the need to round down for "the 2021 general election". However, I believe the intention of parliament for "5" to remain the minimum number of seats for women is adequately implied nonetheless.

7. In my previous analysis, I mistakenly argued that the word "presently" preceding the number "5" fixes "5" as an example of the minimum number of seats for women at a particular point in time - specifically November 2013 onwards. However, this analysis failed to consider the impact of the 2019 Constitutional amendment which introduced clause (1) above it, therefore re-fixing the number "5" to 2019 for the "2021 general election". "

8. In simple terms, when parliament passed the 2019 Constitutional amendment in January 2019, it purposefully left Article 44(1A) untouched, making it clear that the minimum number of seats for women was still to be "5" for the "2021 general election". Parliament did not intend for the minimum to be changed from "5" to 6 seats when it amended the Constitution to create "51" seats for, otherwise this would have been changed and updated with the 2019 Constitutional amendment.

10. In my previous analysis, I also mistakenly argued that the "minimum of 10%" comes first and foremost, therefore making the number "5" was an outdated example fixed to 2013. I then mistakenly argued that this created an 'apportionment paradox', where 5 seats (9.8%) did not meet the 10% threshold despite 10% of 51 being 5.1 and 5.1 being closer to 5 than 6. In my view, this would still be the case had it not been for the wording of the 2019 Constitutional amendment (and the Hansard report noted above) making it clear that back in 2019, parliament intended "5" to be the minimum number of seats for the "2021 general election".

11. All of this means that in my previous analysis of Thursday 22 April 2021, I mistakenly read and interpreted the Constitution as it was November 2013, and not as it stands today for the "2021 general election" (as parliament back in 2019 wanted it to).

12. Accordingly, I'm now of the view that the activation of Article 44(1A) of the Constitution, and the resulting warrant issued by the Head of State to appoint one more woman to parliament, was unconstitutional and unlawful. The Supreme Court is therefore likely to find in favour of FAST's motion, and declare the warrant appointing an additional woman to parliament to be invalid.

Please note that the other views expressed in my first analysis of Thursday 22 April 2021 - namely, that a new election is the fairest option if the 26-26 stalemate remains after all petitions are heard, and that there's a need for Samoa to consider adopting a Mixed Member Proportional (MMP) electoral system — remain unchanged.