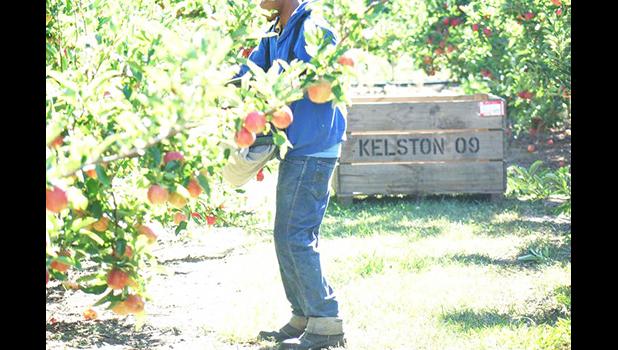 Apia, SAMOA — Samoan officials say the expulsion of misbehaving seasonal workers from New Zealand, and the blacklisting of their villages in Samoa, is a one-off.

The Samoan government said this week 10 workers had been sent back for various reasons including theft, adultery and smoking marijuana. It also said that in response, eight villages had been blacklisted from participating in the Recognised Seasonal Employer (RSE) scheme.

The reaction highlights a pattern of some Pacific governments imposing strict rules on their RSE workers, including bans on drinking and engaging with New Zealand women. Critics say the rules are draconian and treat workers as second-class citizens.

With about 2500 workers, Samoa is the third largest participating nation in the RSE scheme, which had its cap lifted last year by the New Zealand government. But the Samoan government is keen to keep workers in check, promising in March to bring home anyone who committed adultery.

Despite the village-wide bans imposed this week, Samoa's New Zealand liaison officer for the RSE scheme, Lemalu Nele Leilua, said her country's participation would not be affected.

"The boys here, they behave very well and it seems [to be] a one-off incident," she said.

Prime Minister Tuilaepa Sailele Malielegaoi said on Monday the government was taking a "zero tolerance" approach in order not to compromise jobs for Samoans.

"The seasonal employment program will not (be) and is not collateral damage due to the irresponsible actions by a handful of ungrateful Samoans," he said in a statement.

Two of the workers were also banished by their village in Samoa, the village chief said on Wednesday, promising "traditional punishments" for the pair as well.

The treatment of the workers reinforces views that Pacific people doing seasonal work are vulnerable and being exploited.

"It's sad and disappointing but it means so much to the people in the economy of Samoa that the government and the village leaders have chosen to take a very hard line on it," said Maurice Davis, secretary of the Amalgamated Workers Union in New Zealand.

An Immigration New Zealand spokesperson said Samoa was responsible for the regulation of its citizens' participation in the scheme and that the action of the Samoa government was unlikely to affect overall numbers because applications were already oversubscribed.

In November, New Zealand said it would review the scheme over concerns it was placing strain on social infrastructure in the Pacific Islands.