Samoa to have final ruling on FAST swearing-in 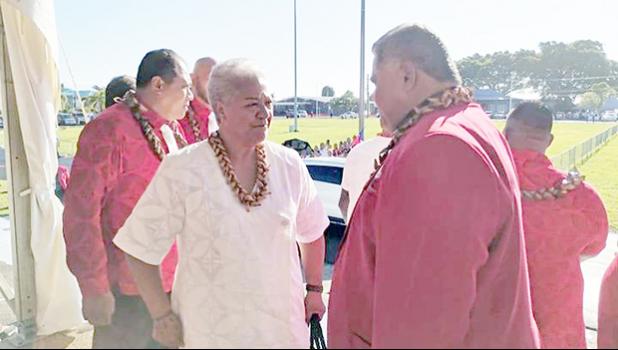 Apia, SAMOA — Samoa looks set to have a final ruling on whether the election-winning FAST Party's impromptu swearing-in as government will be officially recognised.

The Court of Appeal today granted applications from the Attorney General to hear an appeal and stay of execution against the Supreme Court's 28 June ruling that parliament must sit by 4pm Monday, 5 July.

The Supreme Court judged that a breach of its ruling would compel the court to revisit FAST's ad hoc swearing-in on 24 May, and find in the newcomer party's favour.

This so-called 'tent swearing-in' ceremony was held on the lawn outside parliament, after Samoa's former Speaker of Parliament Leaupepe Toleafoa Fa'afisi, a member of the caretaker HRPP government, prevented FAST party MPs-elect from entering parliament.

It followed the Supreme Court on the previous day calling for Parliament to sit the next day to meet a constitutional requirement that parliament convene and MPs be sworn in within 45 days of an election.

Thursday the Supreme Court ruled the matter would be referred to the Court of Appeal for a full and final determination.

The Court of Appeal Friday (Samoa time) determined that the matters will be heard next Friday the 16th of July.

In its ruling on Thursday, the Supreme Court again reiterated its regret that article 52 of the constitution had not been met and that the parliament had not been convened within its 45 day requirement following an election.

The court found that article 52 "does not give the Head of State the power to avoid or disavow" the summoning of parliament no later than 45 days after a General Election.

It concluded the Head of State exceeded his constitutional powers in an edict on 22 May cancelling the convening of parliament on the 24th of May which he had called on the 20th.

The court reaffirmed "It is beyond time to give full force and effect to the Head of State's Proclamation of 20 May 2021 convening the 17th Paliament of Samoa".

The ruling expressed severe concern that 90 days had passed since the General Election without parliament being convened, twice the time mandated in the Constitution. It said this cast doubts over the legitimacy of the caretaker HRPP government.

The court noted that time was of the essence and that any appeals against a Supreme Court ruling would further delay the sitting of parliament.

It therefore determined the Court of Appeal would hear and finally determine the matter.

This will be done on Friday next week.